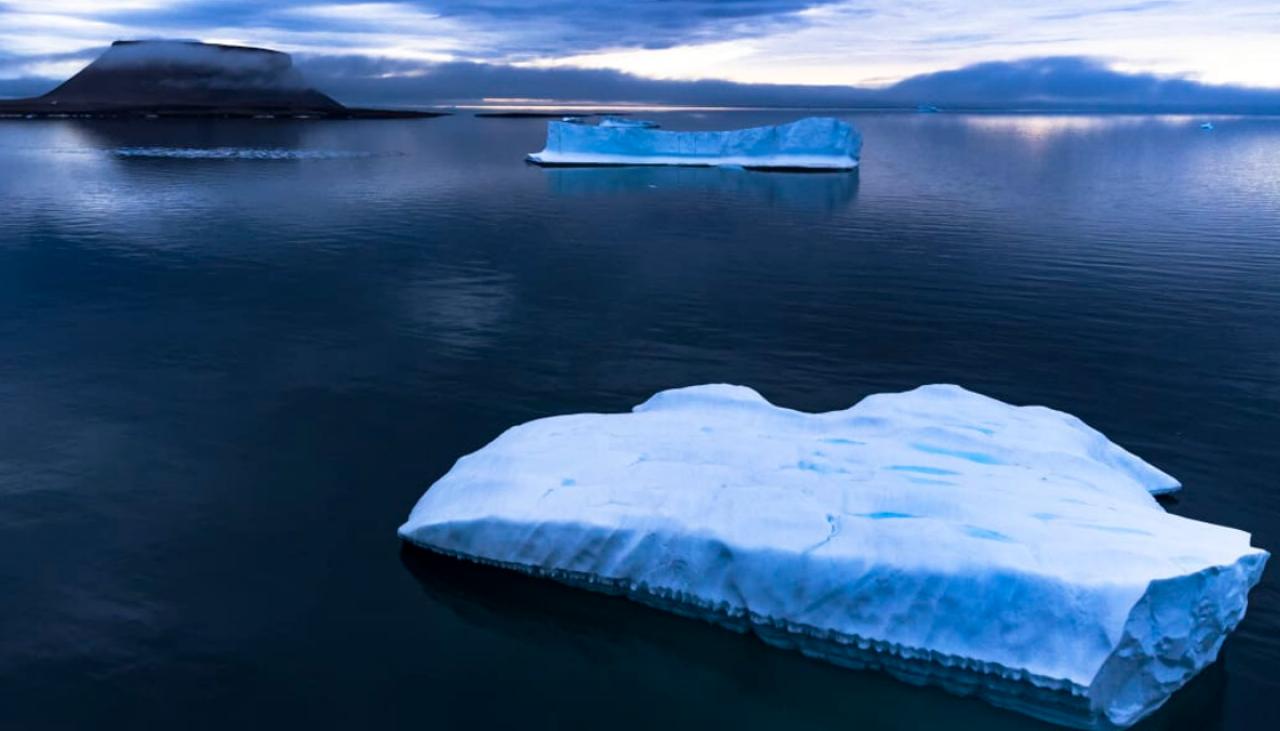 Greenhouse gases reached their highest levels on record last year, according to a report by the National Centers for Environmental Information.

The oceans have also seen striking extremes with record warming and sea level rise, according to the State of the Climate 2021 report released Thursday.

The peer-reviewed report is an international annual summary of significant global climate changes and events. It is based on contributions from more than 530 scientists from 67 countries around the world and reflects tens of thousands of measurements from several independent datasets.

Greenhouse gases were the highest on record

The report found that the most dominant greenhouse gases – methane, nitrous oxide and carbon dioxide (CO2) – hit new highs in 2021. These gases are the top three contributors to global warming. Earth.

The global average annual CO2 concentration has increased at its fifth highest rate since 1958, the start of the instrumental record. CO2 also reached the highest concentration in modern records and records dating back 800,000 years via data derived from ice cores.

The average annual concentration of methane in the atmosphere was also the highest on record, and the annual increase of 18 parts per billion (ppb) was the highest since measurements began.

The report also showed that the annual increase in methane has accelerated significantly since 2014 and that the 1.3 ppb annual increase for nitrous oxide was the third highest since 2001, contributing to an annual average atmospheric concentration global 334.3 ppb.

The report also revealed that a series of scientific analyzes show that global surface temperatures were 0.21 to 0.28 degrees Celsius above the 1991-2020 average.

This places 2021 among the six warmest years since records began in the mid to late 1800s.

It also found that the past seven years (2015-2021) were the seven hottest years on record, and that the planet’s average surface temperature has increased at an average rate of 0.08 to 0.09 degrees. Celsius per decade since record keeping began and at more than twice the rate since 1981.

Ocean heat and global sea levels were the highest on record

The oceans continue to warm and reached record highs in 2021, the report said. This is the tenth consecutive year that global mean sea level has reached a new record high and was about 97.0 mm higher than the 1993 average.

It also revealed that around 57% of the ocean surface experienced at least one marine heat wave in the past year.

Temperatures were mixed in the southern hemisphere

La Niña contributed to the warmest year on record for New Zealand, but also the coldest year since 2012 for Australia.

There were 97 named tropical storms during the Northern and Southern Hemisphere storm seasons last year, well above the 87 average from 1991 to 2020. Seven tropical cyclones reached Category 5 intensity on the Saffir-Simpson hurricane wind scale.

Te Herenga Waka—Climate science lecturer at Victoria University of Wellington, Dr. Kyle Clem is the editor of the report’s Antarctica and Southern Ocean chapter, which shows that 2021 has been another year of extremes in the region.

“Sea ice extent started well below average in January and February 2021. It then increased rapidly in March and remained above average for much of the fall and winter. winter, with near-record daily sea ice in August. As rapidly as it grew, it rapidly shrank in September and October, dropping to new daily records,” he said.

He said the fluctuations are alarming because Antarctic sea ice is a crucial part of the Earth’s climate system.