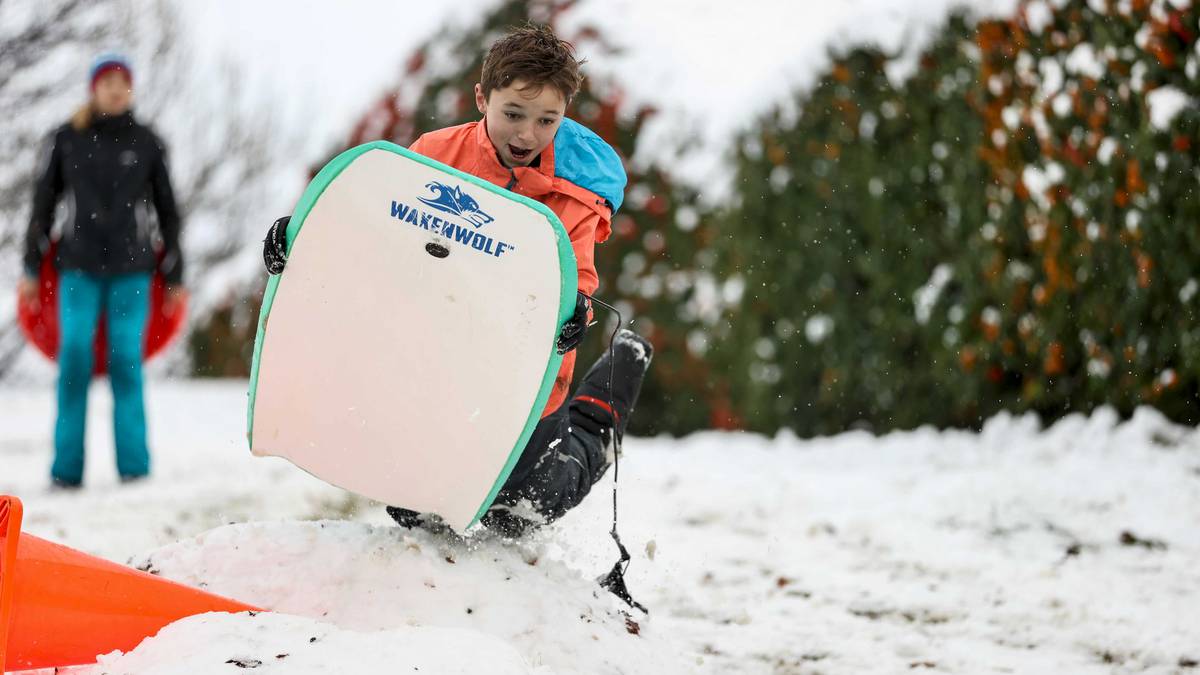 By Carla T. McIntosh On May 18, 2022
Share
New ZealandUpdate

A cold snap could bring the first significant snowfall of the year. Pictured is Arrowtown in June last year.

A cold snap is expected to bring extreme weather and possibly the first significant snowfall of the year.

MetService meteorologist Angus Hines said both islands will see rain today and temperatures are expected to drop by the end of the week.

“Thursday evening a wind shift brings much cooler temperatures to the far south, but the main temperature drop comes on Friday,” he said.

Hines said heavy falls, thunderstorms and hail were expected southwest of the country, and “maybe, just maybe a small tornado near the coast.”

“We expect a very large swell to develop at the end of this week,” Hines said.

“The west coast was hit by big waves for the first time on Friday… with 6-8m waves forecast for the South Island coastlines.”

Temperatures in Aoraki/Mt Cook are expected to drop to -4C overnight Friday and Saturday and a road snowfall warning is in place for Crown Range Road and Milford Rd from tonight.

Metservice predicts Queenstown will dip to -1C this weekend, 0C in Christchurch, 5C in Dunedin and 7C in Wellington – but Auckland will remain relatively mild with a low of 11C on Friday.

Orange heavy rain warnings are in place for the Bay of Plenty Ranges, parts of Westland and Fiordland but are expected to lift throughout the day.

Heavy rain watches are in place for Northland, Buller and the headwaters of Lakes Canterbury and Otago.

A cold southerly wind passes through Aotearoa on Friday and Saturday, bringing snow to some higher parts of the South Island.

Snow is possible around:

“We could set the stage for the first significant snowfall of the year as we finish out the week,” Hines said.

Snow levels are expected to decline in the south between late Friday and early Saturday.

Metservice predicts snow is possible down to 400m in Southland and Otago, 600m in the Southern Lakes and 800m in the Canterbury High Country.

“It’s definitely something to watch, especially in the high country of the lower South Island.”

The Remarkables ski area manager Ross Lawrence said the incoming cold could mean 10-20cm of snow on the mountain, “which is very welcome at this time of year”.

On Monday, the crew moved about 20 snow cannons around the hill by helicopter, and Kerr said they hoped this weekend would be a good opportunity to sort out the issues and check how that cannon arrangement would work.

Meanwhile, boaters near the Strait of Foveaux are warned of heavy swells, poor visibility and “very rough” seas between Thursday and Saturday, before calming down on Sunday.

Spring snow expected in parts of Saskatchewan before May long weekend