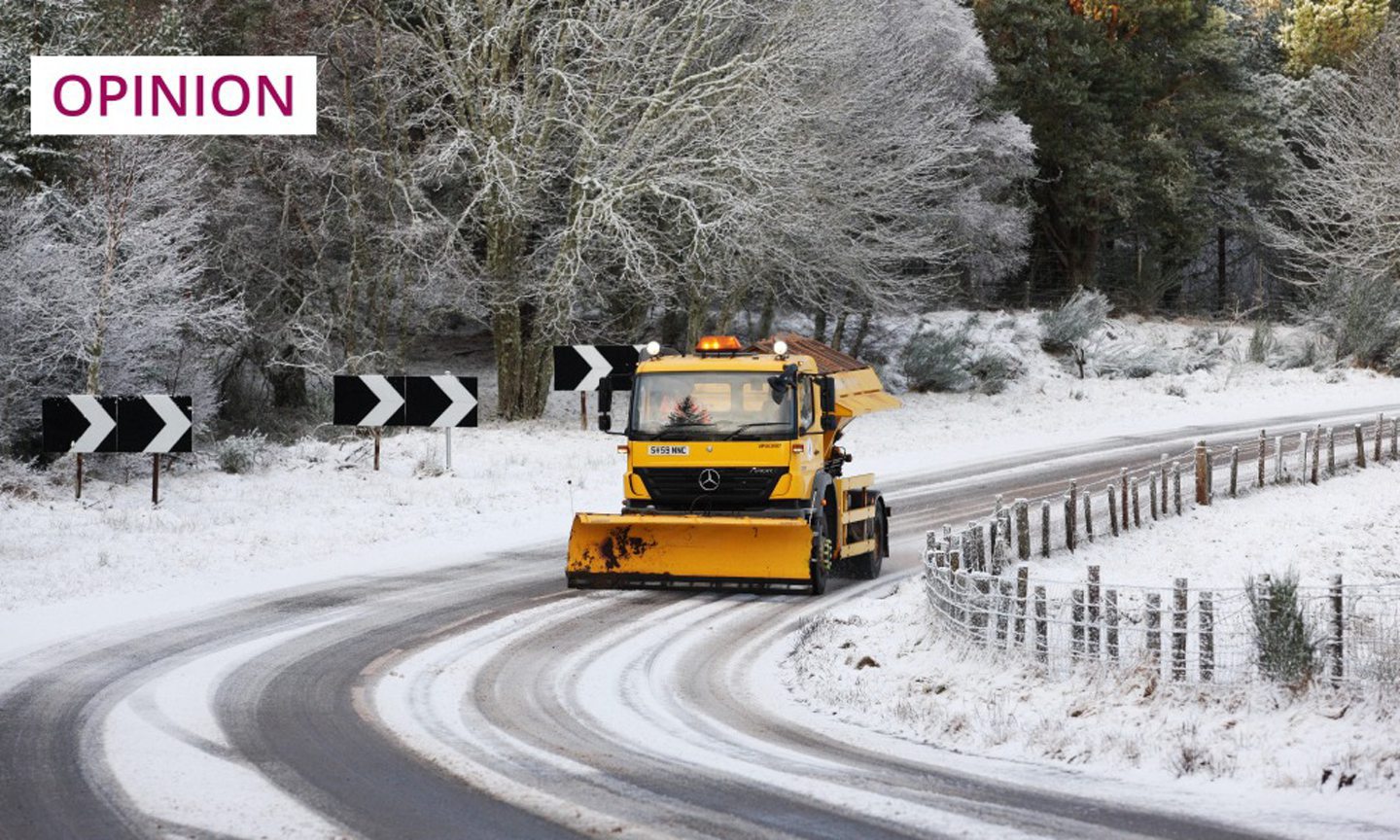 We need courage and £8.7million to survive the winter

Last year Malcolm was driving on a cold, chilly evening from Stornoway to Shawbost when he saw this big truck ahead of him, also heading west, but slowly.

Then he realized his tailgate was undone and he was losing his load on the road.

He quickly rolled down the passenger window and slowed down to be next to them, like they do in the movies. He shouted, “Oi, creek. You lose your charge. The driver just shook his head and shouted something that sounded a lot like, “Keep yourselves.”

Ah, he didn’t understand. A few miles further, Malcolm tried again. He yelled at the driver to stop, as his load was falling. He replied, in the most unmistakable Gaelic imaginable, to go very far.

How could Malcolm convince him? He would try one last time. The driver rolled his eyes in despair as Malcolm rolled down the window and shouted, “You’ve lost half your charge.” That’s when the driver yelled, “Listen, go away. Can’t you see I’m squealing?

Sandblasting is so expensive. I saw a report the other day saying that our islands could spend up to £8.7m this winter. That’s a lot of spondulicks to throw down the road.

In other news, Scotland is now snow free. Is this really news? If so, I would like to announce that Scotland is also free of volcanoes, elephants and locusts.

It seems that the famous Sphinx snow patch on the Cairngorms has disappeared. Now it’s the not so famous Sphinx wetland. They are not unusual. There’s a big one in our bathroom right now, after my daughter bathed the dog.

Expert Iain Cameron said the Sphinx patch had only melted nine times in the past three centuries, including several in recent years. Working with charts, thermometers and barometers, snowman Mr Cameron came to the conclusion that climate change could be a factor.

I myself have come to the same conclusion. You see, I have an O level in statistics. I knew it would come in handy one day.

Statistically, when I asked readers to write to me – unless they were Aberdonians complaining about me saying the gray old town was a bit gray and cold – I wasn’t expecting not that they are many. Still, a letter or two poured in. Some came with wild gags that I was able to use here. Most were unprintable, but a thousand thanks, as they say in Gaeldom.

Thanks also to Murdoch from Fortrose for his note. It was another one addressed simply to Iain Maciver, P&J columnist, Stornoway, but I got it anyway. Well done, postmen.

Fortrose Murd was playing with words to try to confuse me, and he did for a while. He wondered about the meaning of the word “quasi”. Isn’t it an object or a person having a resemblance to something or someone else by attributes, while not being this other thing?

Murdoch cheekily substituted quasi the chancellor’s first name, and suggested he might sound like someone who makes reasoned judgments, but that’s not quite it. Wow. Nobody else thought of it?

I thought I had the topic of an entire column right there. Listen, Mr Macphail, you had me for a minute, but the Rt Hon Mr Kwarteng MP’s first name is Kwasi, not Quasi. However, they sound the same. I’ll give you that.

Absurd tricks to save money

The quasi-tips for saving money in this cost of living crisis are everywhere. I’m not sure about some of them, though.

I’ve always loved that cozy warm hug I got when I put on fresh out of the dryer underwear.

The other day I saw what to do to save money if you don’t want to use your expensive clothes dryer and it’s raining outside. It says to hang your wet clothes, after spinning them in your washing machine, in the living room, but only if the sun is shining through your window. The article states that your laundry dries in just 40 minutes.

Total nonsense. If the sun is on your window, you’ll take it out to hang up.

There is one thing I will miss about using a clothes dryer. I’ve always loved that warm, cozy hug I got when I put on underwear fresh out of the dryer. And it was always fun to look around the laundromat and guess who they belonged to.

Either way, the clothes dryers are therefore from the last century. We now dry our clothes online.

My buddy Malcolm had to dry his clothes a few days after his conversation with the squeaky truck driver. He was driving down Sandwick Road towards Stornoway one cold evening when another gravel truck slammed into the road. He was blasted in the face by gravel, ice and snow.

“I’ll get you for that,” he cried through gritted teeth.