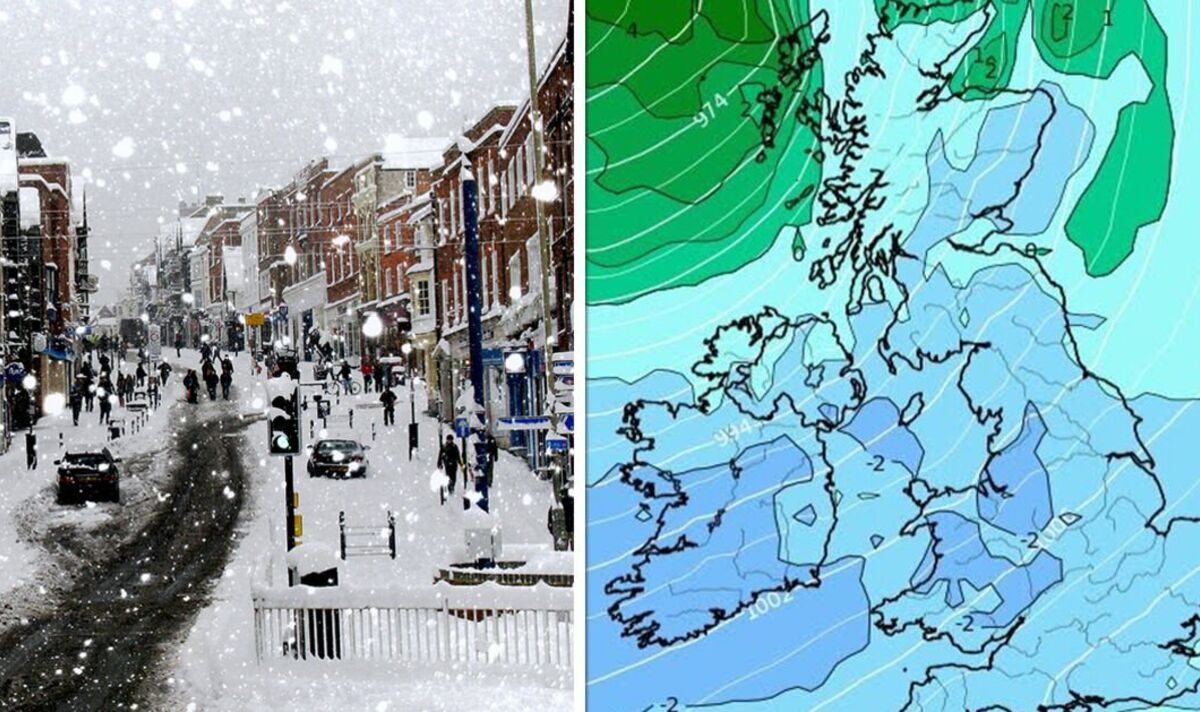 Warm air from the mainland will invade the UK ahead of the weekend, pushing thermometers to a possible 19C – around 10C higher than usual.

However, a change in wind direction towards the end of the month, or possibly earlier, will replace mild southerlies with freezing northerlies.

Weather models reveal the risk of snow not only in the Scottish mountains, but also in central England and Wales.

James Madden, forecaster for Exacta Weather, said: “We fully expect a significant pattern shift to much colder conditions that threaten winter blasts and snow from the middle of the month.

“We were able to see the first significant snows of the season during this period until the end of November and the beginning of December.

“This wintry weather will extend to some lower levels of the country.”

The U-turn will be driven by the same weather system responsible for the unseasonal heat wave.

High pressure from Eastern Europe will sweep mild southerly winds around its southern flank into Britain.

As it moves further east into the Atlantic, the UK will find itself in the path of arctic winds drawn around the northern edge of the system.

Temperatures will drop to freezing point in northern Britain while the rest of the country plummets into single digits.

“It’s very mild for the time of year, but it will set the stage for much colder conditions to arrive later on.”

Temperatures will soar later this week as wind and rain give way to clearer skies and drier weather.

The anticyclone coming from the east will spread across the Atlantic drawing in warm air from the mainland and the tropical islands of the Azores, off the coast of Portugal.

South-eastern areas of the country will enjoy the best weather, while wind and rain will continue to pound the north-east, according to the Met Office.

Meteorologist Aidan McGivern said: “Wednesday looks like a less rainy day than Tuesday with a better chance of seeing some sunshine and longer dry spells towards the east in particular.

“A change occurs later on Wednesday, more persistent bands of rain are growing in the west of Scotland, but there will be clearer spells to the south east.

“This southeast-northwest divide becomes a feature of our weather on Thursday and Friday.”

The change in weather will trigger strong winds across northern Britain as further heavy rain hits the region, it warned.

But southerly winds will bring “unusually mild” temperatures for the time of year, he added.

He said: “The winds are coming from the south and southwest and as a result the weather fronts will push northwest with very strong winds at times and persistent rain.

“But higher pressure on the mainland will exert its influence over the south-east and it will tend to be drier here, and with this grip from the south-west it will be unusually mild for the time of year, particularly in the north of the UK.”

Forecasters agree, however, that the cold weather won’t be far behind with something very different in store for late November.

Jim Dale, meteorologist for the UK Meteorological Service, said: ‘After this mild spell we then plunged into the cold.

Static COVID-19 levels in Prince Albert according to sewage report