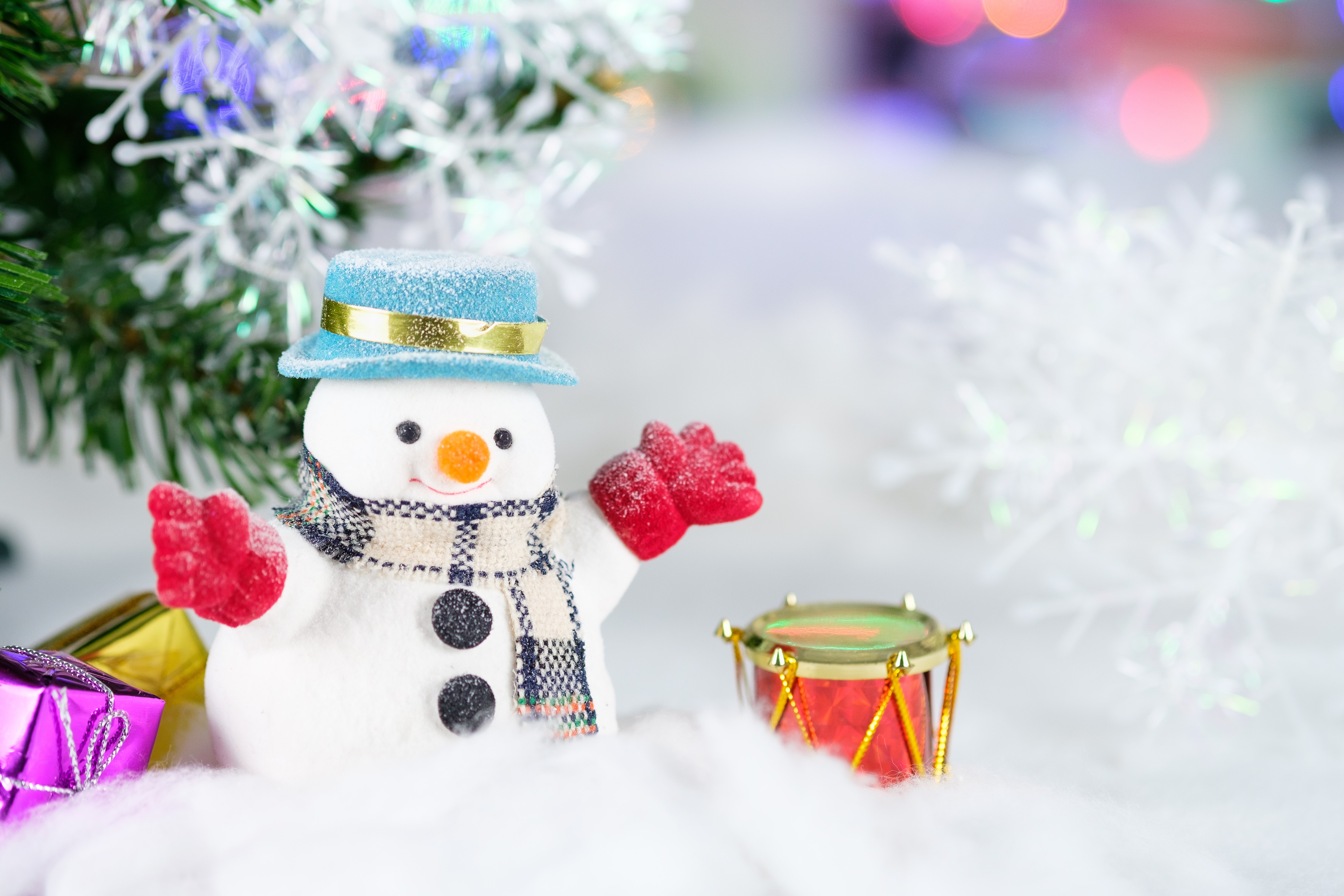 We are close enough to December 25 that your thoughts turn to whether or not there will be snow on the ground when you open your curtains.

This year, the majority of Canada is likely to see a White Christmas, but for a third of the population, whether it is a White or a Green Christmas will depend on how certain particular details are formed in the preparation for the day.

At this time, we can say with certainty that Western Canada will be dealing with a freezing pattern leading into Christmas, with the potential for one of the coldest Christmases on record for part of British Columbia and of Alberta, including Vancouver and Edmonton.

With arctic air arriving in time for Christmas, the chances of a white Christmas are actually much higher than normal for the south coast of British Columbia, including Vancouver and Victoria. The key will be the exact timing and path of a system that is expected to bring a mix of rain and sleet to sea level during Christmas Eve, with precipitation turning to snow before ending on Christmas. The province’s chances for a white Christmas jump with elevation and distance from the coast.

Beyond the Rockies, freezing temperatures mean places that have snow will keep it until Christmas, and many are adding to their snow accumulation before Christmas.

Snow cover is relatively sparse in the southernmost parts of Alberta and Saskatchewan, but a weak system is expected to supplement by December 25. 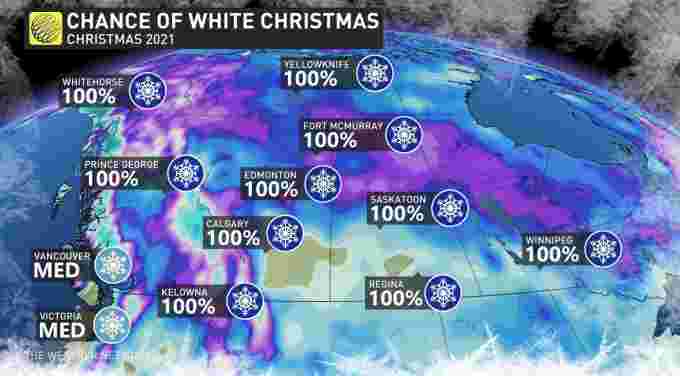 Further east, a white Christmas is likely in northern and eastern Ontario and across Quebec. Meanwhile, Southwestern Ontario and areas near Lake Erie will experience a Green Christmas. For areas in between, including the Greater Toronto Area, a white vs. green Christmas will come down to the wire. More snow is likely Thursday evening, but milder temperatures are likely Friday and rain is expected Friday evening. Therefore, most places that do not have a significant snowpack in place will lose it on Christmas morning. 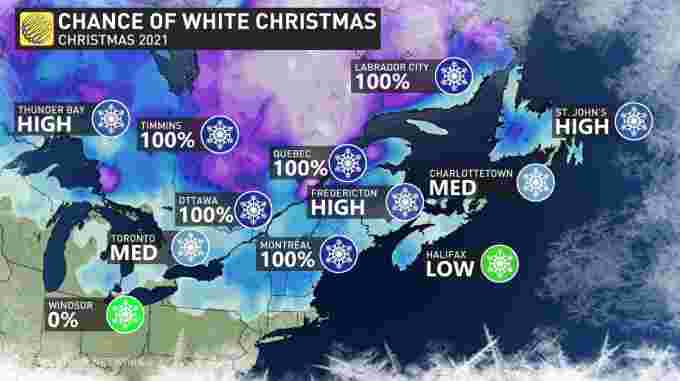 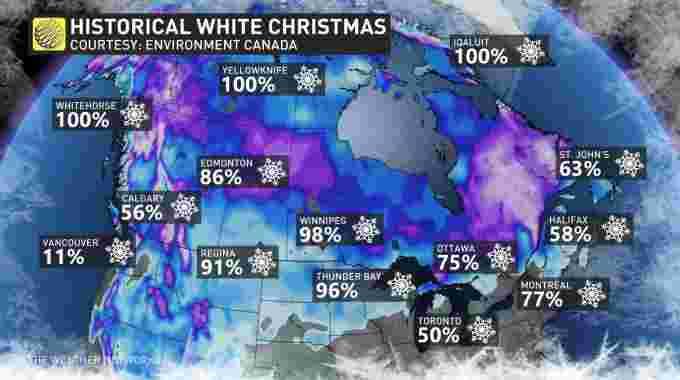 Overall, though, we should say that while some regions have a higher than average chance of a White Christmas this year, the nationwide holiday snow forecast looks pretty similar to historical trends. (except the south coast of British Columbia).

With files from Daniel Martins and Doug Gillham.

Check back as we continue to monitor forecasts over the coming week.