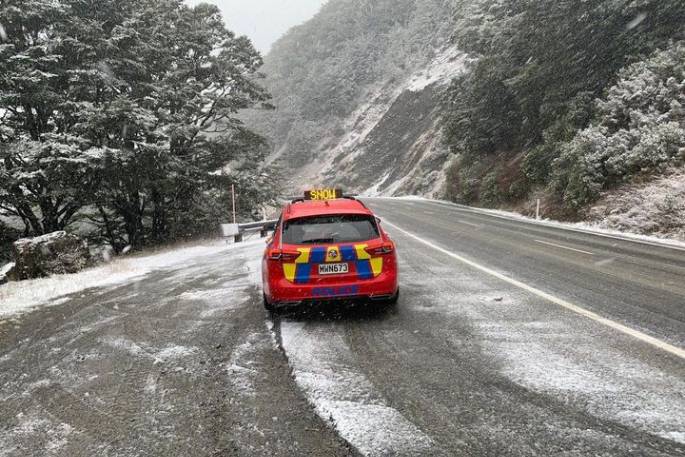 Rain and snow are forecast for the first half of the week.

A frontal system located over southern New Zealand on Monday morning is expected to move slowly north over the rest of the country, bringing a period of rain to most places and snow to inland parts of the island. South.

In Tauranga, good weather is forecast for most of the week.

The MetService predicts rain for Friday and Saturday, but that could change as the week progresses.

MetService has issued a severe weather watch for heavy rain over Westland and heavy snowfall over Canterbury High Country.

Several of the higher South Island roads are also likely to be affected by snow, and ski areas will be delighted to receive additional natural snow after the big dump earlier in their season.

“Snow is expected to fall to 400 meters over the interior parts of the South Island on Monday and Tuesday, affecting many higher roads and upland farms, while the influence of the relatively warm ocean means that the level of snow will be a few hundred meters higher. near the coast,” says MetService meteorologist Peter Little.

The week is generally off to a good start over central and northern New Zealand, with freezing temperatures recorded inland on Monday morning.

“Saint Arnaud was the coldest on Monday morning with a low of -3.7°C, while our weather station at Eastern Rangitaiki, near the western peak of the Napier-Taupō road, dropped to -2.9°C .”

The frontal system brings a change in the weather patterns of the country, as the mild northwest winds become cooler from the southwest with the passage of this front.

Southwesterly winds are expected to persist for the remainder of the week, bringing showers to southern and western regions, and mostly fair weather to eastern regions.

Showers will be more frequent and heavier as weak cold fronts and troughs embedded in the southwesterly flow pass overhead, with showers also spreading into eastern areas for some time. time.

“Snow showers are forecast up to 400 meters over southern New Zealand on Thursday and Friday which will again affect some of Canterbury’s higher routes south.”