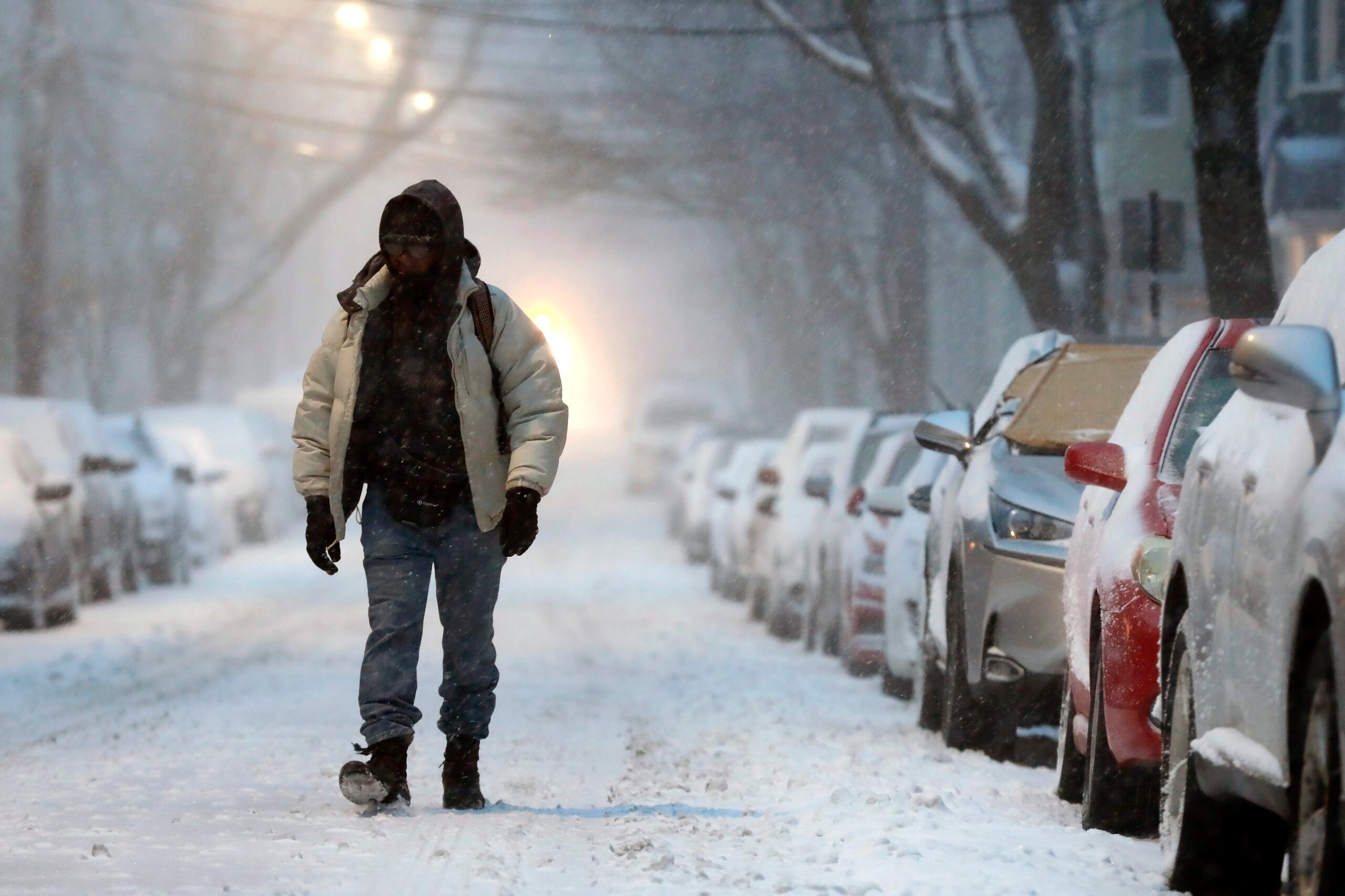 Prepare your shovels, Massachusetts. The snow is already starting to pile up.

A powerful winter storm is hitting the area and the National Weather Service is warning the system is expected to bring “near-record snowfall, blizzard-like conditions, near hurricane-force wind gusts and coastal flooding” to to Saturday evening.

Gusts near hurricane force are forecast for Cape Cod, and winds between 50 and 60 mph are also expected for eastern Massachusetts.

Boston could see between 24 and 30 inches of snowfall from the storm, according to the service.

The service’s forecasters said expected snowfall totals will be record, or near record, in many locations across the state.

“Snowfall rates could reach 2 to 4 inches per hour at times with the possibility of thunderstorms in eastern MA and RI,” the service said. “This will make travel very dangerous, if not nearly impossible.”

Below, find out what local forecasters are saying about the winter storm and how it is expected to affect Massachusetts throughout the day.

National Weather Service: “Radar estimates are beginning to show isolated areas of snowfall rates of 3 to 4 inches per hour.”

david epstein: ‘Intense #Snow storm in this strip and just outside of it.

Kelly Ann Cicalese, WCVB: “Snowfall reports will need to be updated frequently with the heavy bands of snow we are experiencing.”

Matt Noyes, NECN & NBC10: “The eye-like feature developing in today’s storm contained thunderstorms as the storm underwent its rapid strengthening and our most concentrated wind core developed to the north of traffic, so far, bringing (instantaneous) gusts of wind to 99 mph in Truro.’

Chris Lamberton, WHDH: “Temperatures are dropping from northwest to southeast this morning. Still wet snow in the southeast mass…for now. This will change in Bristol and County Plymouth late morning.

Stay up to date on all the latest news from Boston.com