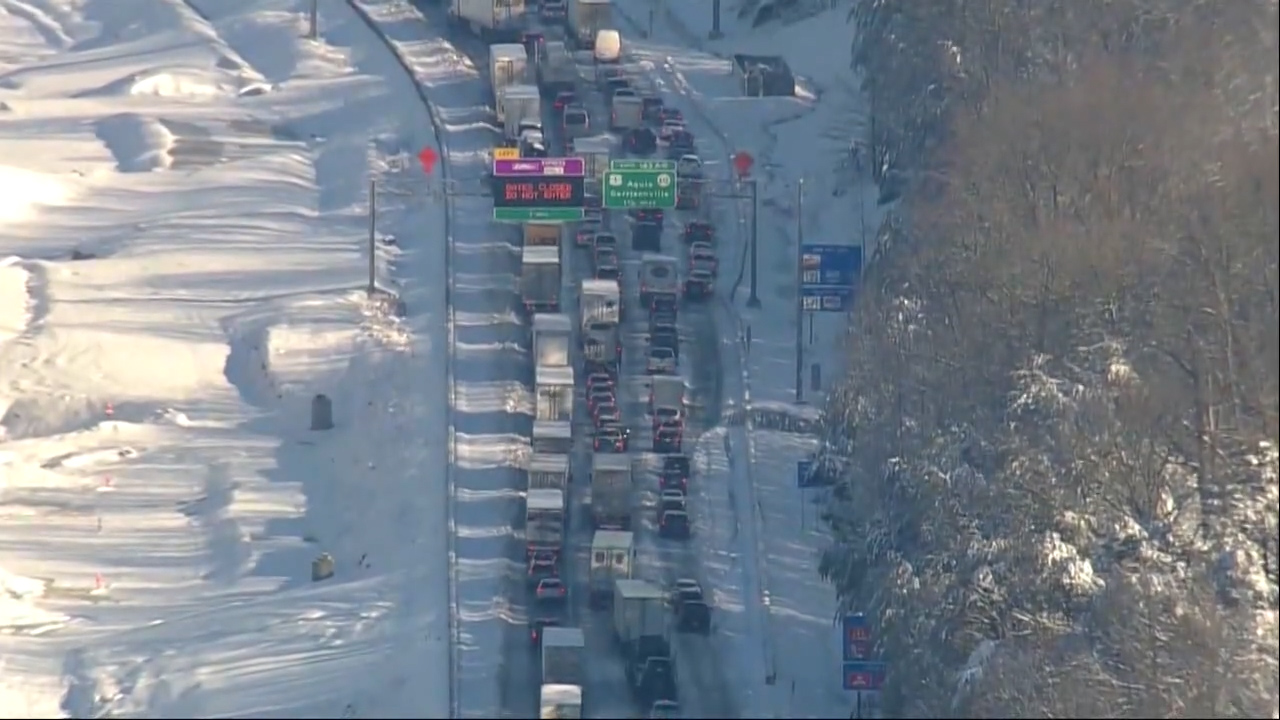 The more than 40-mile shutdown between Richmond and Washington DC left hundreds of drivers stranded overnight without essential supplies.

Although there were a number of complicating factors beyond the government’s control, Virginia’s watchdog agency found that the state had not prepared adequately, despite at least one similar situation in recent history.

The problems detailed by the Office of the State Inspector General in a study released Friday night occurred late in the administration of former Gov. Ralph Northam. Northam and former Transportation Secretary Shannon Valentine did not respond to requests for comment on Monday.

In a statement on Monday, Governor Glenn Youngkin’s spokesman Macaulay Porter said, “Under the Governor’s direction, the snow events following his inauguration were managed to worst-case scenario preparedness standards rather than under-preparedness for snow-related emergency events.

But the new leaders in Governor Youngkin’s service said they would not make themselves available for interviews about what they were doing differently to avoid repeating those mistakes in the wake of the report.

This is significant because SOGI found that many lessons learned from a similar snowfall incident in 2018 were not applied by the Virginia Department of Transportation during the 2022 response.

After the 2018 backup on Interstate 81 near Bristol, there were calls to establish clear protocols to communicate potential worst-case scenarios “early and confidently” to the public.

But during the 2022 status quo, SOGI found the state’s communications strategy to be ineffective.

“Some motorists received messages to avoid the area and ignored them, while others may not have been aware of the messages at all,” the report said. “Additionally, during the storm, communications either did not clearly indicate the need to avoid traveling on I-95 or provided inaccurate information.”

For example, the report cites a message via the Wireless Emergency Alert System, which read: “I-95 Drivers: State & locals coming ASAP with supplies & to move you.

Despite the message, many drivers said they never saw these supplies because they ran out of food, water and gas. State officials said weather conditions made it impossible to access much of the freeway.

The report further stated that “VDEM had reservations about sending the message as they believed it was not accurate.”

While frontline responders shared the supplies they had with stranded drivers, SOGI found that “there was no major effort to help stranded motorists, many of whom abandoned their vehicles and searched refuge in nearby hotels”.

RELATED: Released review of snowstorm that stranded drivers on Virginia I-95 over 2-day period

SOGI asked the state to identify which agency would be responsible for this task in the future.

Additionally, the report states that intra-agency communications at the VDOT were ineffective.

“In SOGI’s view, VDOT Fredericksburg management did not respond quickly enough to sensitize management to the situation,” the report said. “Without situational awareness during the 2022 I-95 snowfall incident, efforts to manage the snowstorm and the effect on citizens were uncoordinated to ensure a timely response.”

In a statement, the VDOT said it is committed to making improvements to keep travelers and workers safe. The agency said some measures were already underway.

For example, VDOT said it held a statewide readiness workshop with state and local leaders in early summer, covering messaging, situational awareness and securing resources. suitable for the snow season. The agency said staff are taking courses from FEMA to improve their crisis communication skills.

Additionally, several state agencies have drafted a framework to deal with long-term shutdowns where vehicles are stopped, including a tool already in use in some other states that provides emergency text notifications.

“The provisioning of this system has been completed and we are working with Information Logistics, Inc., to deploy it within the next 60-90 days,” the VDOT statement continued.

According to the report’s “corrective action plan,” agencies expect to implement the majority of SOGI’s recommendations by December 2022, but at least two key steps will take longer.

The report found that the Virginia Department of Emergency Management does not have a specific hazard plan for heavy snowfall. A review of the Commonwealth of Virginia Emergency Operations Plan (COVEOP) All-Hazards to identify gaps and improvements is not expected to be completed until July 2023.

In a statement on Monday, VDEM said: “Our agency remains committed to serving the Commonwealth in all mission areas of emergency management and will endeavor to implement any necessary changes to current policies and/or procedures. This process will also include working with our local, state and private sector partners to ensure efforts are coordinated and communicated in a timely manner.

PREVIOUS COVER: ‘Hungry, freezing’: Hundreds of travelers stranded on I-95 in Virginia; when the road was closed

Another complicating factor during the storm was that most, if not all, of the traffic cameras in this area of ​​I-95 were not operational due to power outages. Planning for possible back-up power for some cameras won’t be complete until July 2023 and it’s unclear how long it will take to execute that plan.

“Without the cameras and with limited communication, there was no opportunity to see the big picture of the problem,” the report said.

Virginia State Police said they are also reviewing the report and working with VDOT and VDEM to improve the state’s response to severe winter weather events.