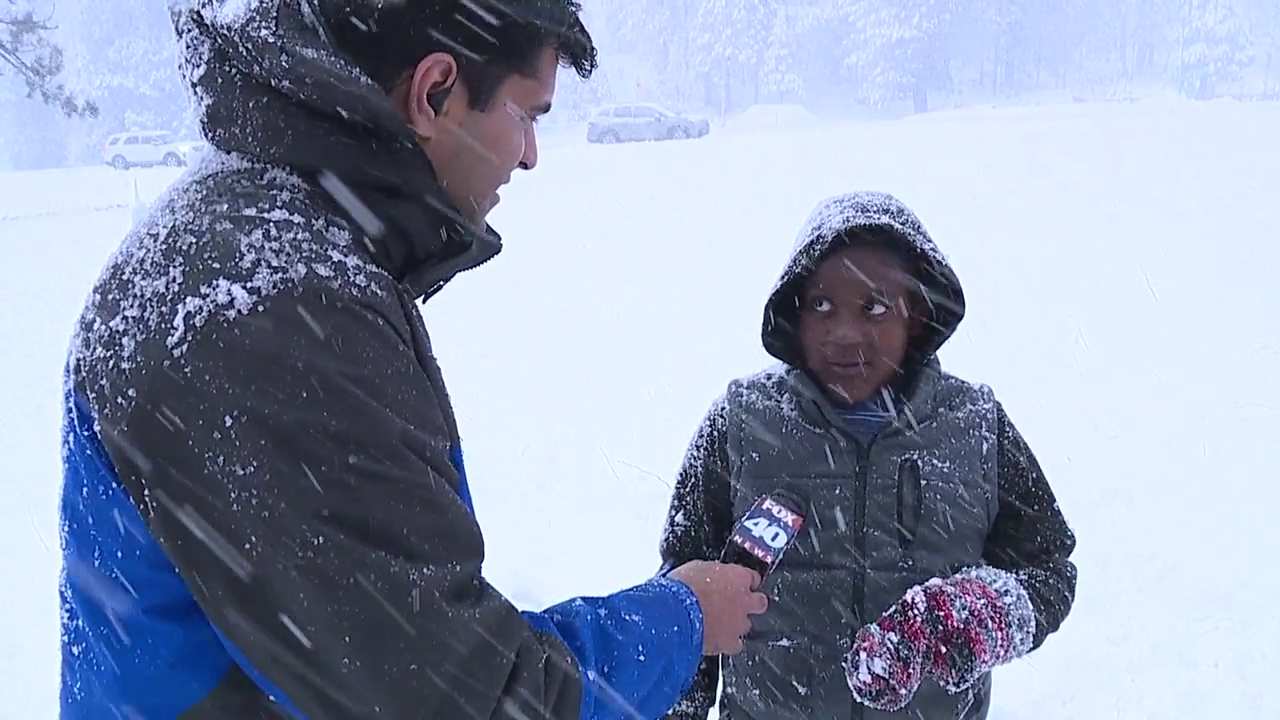 Spring snow brings joy and dangerous conditions to the Sierra

STRAWBERRY, Calif. (KTXL) – A spring storm has brought travelers and dangerous driving conditions to the Sierra.

Halim Suhail and Umberto Fiammata, two children who traveled with their family to Strawberry from the Bay Area, played in the fresh snow.

“My mom pulled me out of school and she was like there was snow on the ground in Tahoe and I was like ‘we’re going,'” Umberto said, throwing snow at Halim.

Halim took the opportunity to pose a question to FOX 40 reporter Gurajpal Sangha.

“How many times have you been in the snow?” Halim asked.

Their route to the Sierra was uneventful, but the spring storm caused headaches for others.

Although chain checks are in effect, the California Highway Patrol says some drivers weren’t as careful as they should have been.

CHP said a driver passed several cars on Interstate 80 near Whitmore, slid to the side of the road, then ran through a tree and down an embankment. Cal Fire had to use the Jaws of Life to free the driver from being pinned down by his car.

CHP Truckee also had to rescue another driver who was driving too fast and ended up in the river.