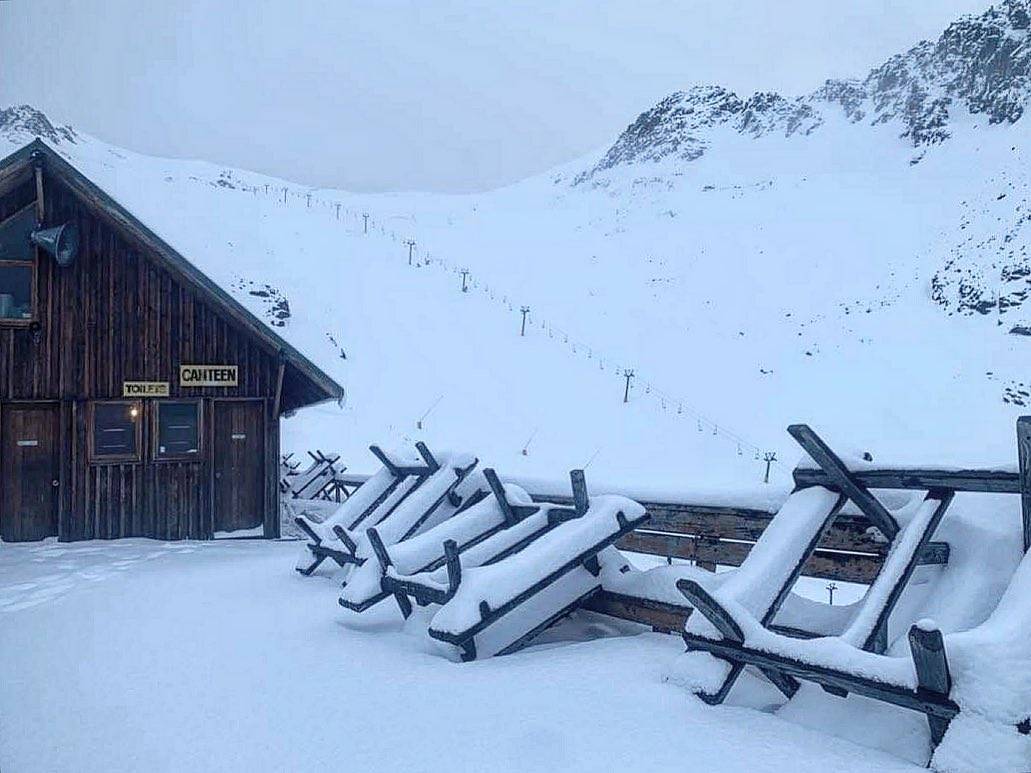 Friday, July 8 and school is over. And somehow, as if the weather gods knew, the snow is on!

We have had a significant northerly bias so far this season, which tends to favor ski areas further west. So the likes and Treble Cone, Ohau, Roundhill, many parts of Canterbury have so far had great snowfall, albeit windy at times. Canterbury’s club grounds, after a few tough seasons, look stellar, and if you’ve even been tempted, this is the year to get that ‘club experience’! Coronet Peak, we hear, has the best opening ever, and Cardrona and The Remarkables are skiing well, but it’s still early in the season. To the north, and we’ll get to that, Whakapapa and Turoa are still not open.

I know, we still don’t have a forecast on our site, it’s a long story with two bad guys, time and money… But we’re getting there we think, and hey, we’d have to live under a rock for not knowing about the weather in NZ! Like you probably, as we said before, we look at many sources, mainly snow-forecast.com and opensnow.com. The subscriptions are reasonable and the information excellent. However, like all weather services, estimates are often ‘generous’, so always take the information with a grain of salt. One report we don’t use is MetService, although the big picture is helpful, in our experience the actual ski area forecasts are far from accurate and the way they present their data isn’t ideal .

And did I say App? Well, the update (for Android and iOS) is on its way, and it might include predictions, ahead of the site. My son presses him around college work, skiing at Mt Hutt (it’s cheap for students) and backcountry missions. So I think he’s as motivated as you could be to make him great. No promises, but an update is coming with more information on the report, scrolling webcams, and zoomable webcam images.

Anyway, the weather. There are many on the way! We like Metvuw for the big picture and you’ll see (Tuesday map) the system, delivering big wet flows from the north, then turning south across New Zealand.

This is a classic system for Canterbury, warm flows, high freezing, then the New Zealand snow kicks in, turns south and pours! Unsurprisingly, Mt Hutt and Canterbury are in the line of sight. It’s probably bigger than the last storm. So Monday and Tuesday are probably the big snow days with a lot going on around them. In short, excellent news for ski areas. There will be drops all over the country, lighter in the south, heavy in Canterbury and hopefully a solid drop in Ruapehu.

There will be lots of kids, moms and dads, hoping they open up! A few days ago they updated their situation, basically after the big fall 2 or 3 weeks ago there was not enough natural snow or artificial snow conditions to join the points and open the mountain. There is a decent base, but one more storm is needed to start. But it’s not all bad news, you may have heard that this week the volcanic alert was lowered to level 1, which means the High Noon may open. And, snow is forecast for the next few days, maybe 20+ cm over the weekend and another 30+ from next Wednesday. Crossed fingers! And snowmaking is in full swing at Alpine Meadows in Turoa, which opens Saturday. time permits. Starting in Nelson, Rainbow had a fabulous opening with tons of snow. Now fully open for the holidays, we could see up to 50cm of snow there in the next 10 days. They will be closed on Saturday, but hopefully open on Sunday. Further south Hanner and Lyford are doing well, more snow always welcome, and it comes with 40 and 80cm+. Now the Craigieburn and Hutt. Now it’s getting silly. The forecasts are quite consistent, around 1m+ in the next 10 days. It’s already above a nice starbase. So I think it’s safe to say this is Canterbury’s year. It’s time for you to come visit! All* areas will be open after this fall, Cheeseman’s Saturday opening is now possibly Sunday. *Except Olympus, could be August 6, maybe earlier, hopefully! And Porters opened on Wednesday, and Big Mama was open, that doesn’t happen very often!

Everyone is open, and again, the predictions are stunning. Fox, Dobson and Roundhill may score higher, 70cm+. But Ohau won’t be far behind, and that adds to an already excellent base. And just pointed out, 25cm and it counts! You can’t go wrong skiing the Mackenzie, good snow, no crowds, great views. We love it! #unsponsored!

Well, they had a ridiculous day today. Tons of closed roads (Crown Range And Lindis) and Coronet was the only area open today with 10-15cm in other areas. The forecast is more subdued over the next few days, potentially 20-30cm, although TC will get more. Importantly, Coronet and The Remarks are experiencing staffing shortages due to Covid, so they currently recommend renting equipment in town.

A great option if you want a day off is to try cross country at Snow Farm, this week was perfect! Even better after this week’s storm, we’re sure.

Looking very amazing! Although Ruapehu can be “slow to start”, this is not unusual and before you know it they will have the biggest base in the country!

As for the school holidays, there will be snow! Not bluebird conditions and maybe the occasional closure, but it will be worth it!

Keep an eye out for these snow reports.