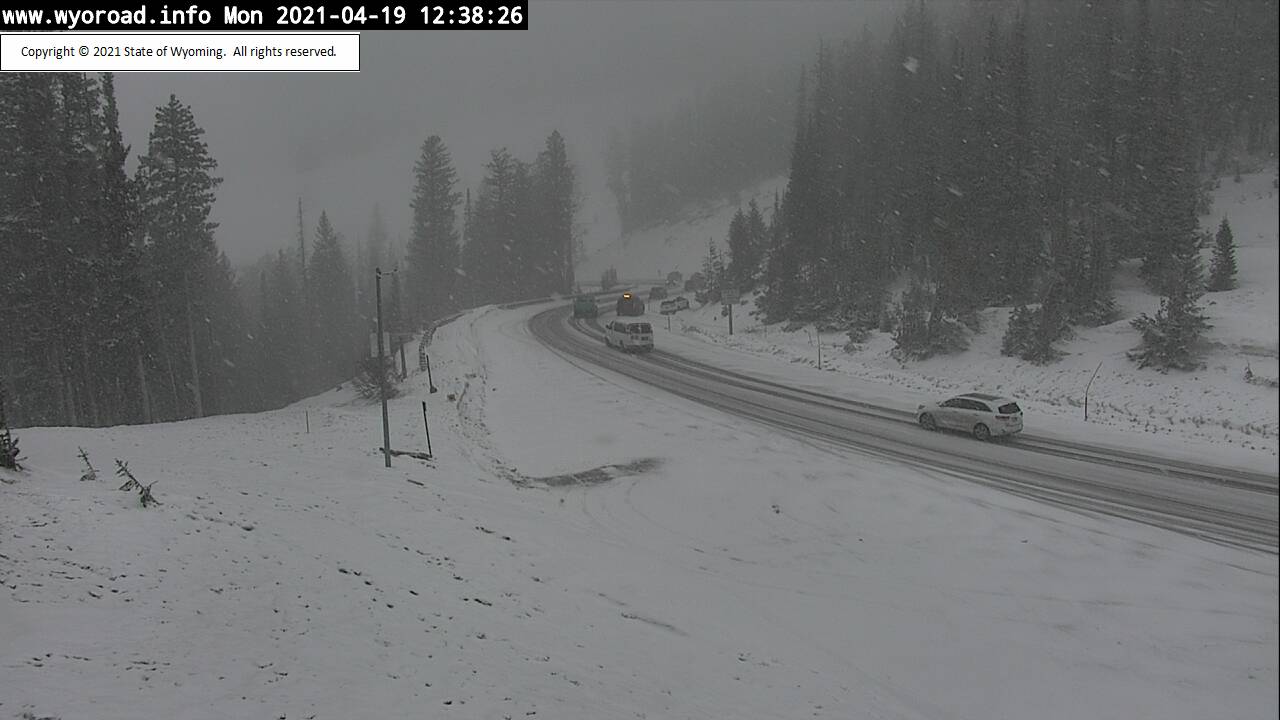 CASPER, Wyo. – Much of Cowboy State is experiencing snowfall on Monday, April 19, and accidents have been reported on several highways.

An accident on WYO 22 over Teton Pass blocked the lane of traffic around mile 12, according to the Wyoming Department of Transportation.

The crash was reported at 12:27 p.m. Monday and motorists were told to expect delays.

The article continues below …

A crash reported at 11:41 a.m. on WYO 212 blocked a lane of traffic between the Montana state line and the South Dakota state line at kilometer 6.5, according to WYDOT.

A crash on US 20 reported at 10:45 am would have blocked northbound travel near Worland at kilometer 173. This advisory was canceled at approximately 10:52 am.

No trailer traffic is currently permitted on Teton Pass. Chain Law – Level 1 is in effect on US 16 on the Powder River Pass from Buffalo to WYO 435 without unnecessary travel from the Hunter Ranger station to Deer Haven Lodge.

Snow is expected to continue in many areas through Monday evening and in some areas into the early hours of Tuesday morning.

Information on road conditions is available from WYDOT.