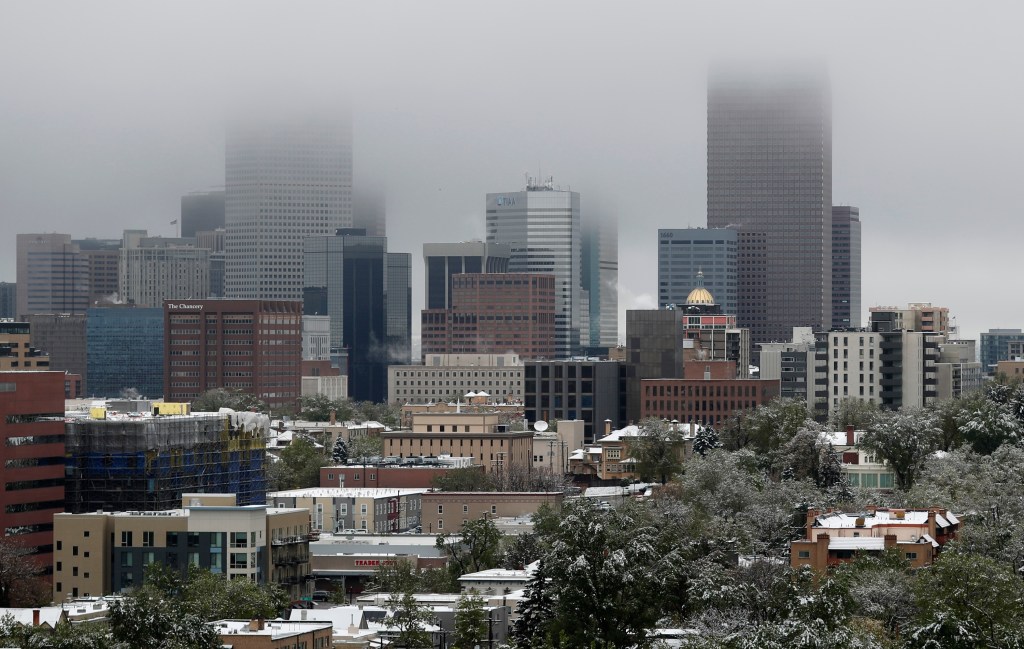 Seasonal snowfall of up to 48.1 inches after the late May storm

After a slow start, Denver will end the 2018-19 winter with an almost average snowfall season.

Thanks in part to the 3.7 inches of snow Denver picked up during this week’s unusually late snow event, the city’s official viewing site at Denver International Airport now registers as high as 48, 1 inch of seasonal snowfall. While that’s below the long-term average of 57.1 inches, it’s still more than the past two winters combined.

We’ve written before about how the snowfall of the past two winters is much more of a commentary on the misery of the past two years, rather than an unusually heavy winter for Denver this year. Yet, especially after a rather snowless start to winter, a spring snowfall boom helped Denver catch up.

When it comes to drought, however, the most important statistic is Denver’s unusually wet start to 2019. As of Wednesday, Denver had recorded 6.34 inches of precipitation, more than an inch and a half above. of the average of the year. This has helped everything but eliminate drought conditions across the state.

Here are some other updated seasonal snowfall totals for the metro area. This data comes from the National Weather Service and the Colorado Climate Center.

Chris Bianchi is a meteorologist for WeatherNationTV.

Song of the day: “Spring Snow”