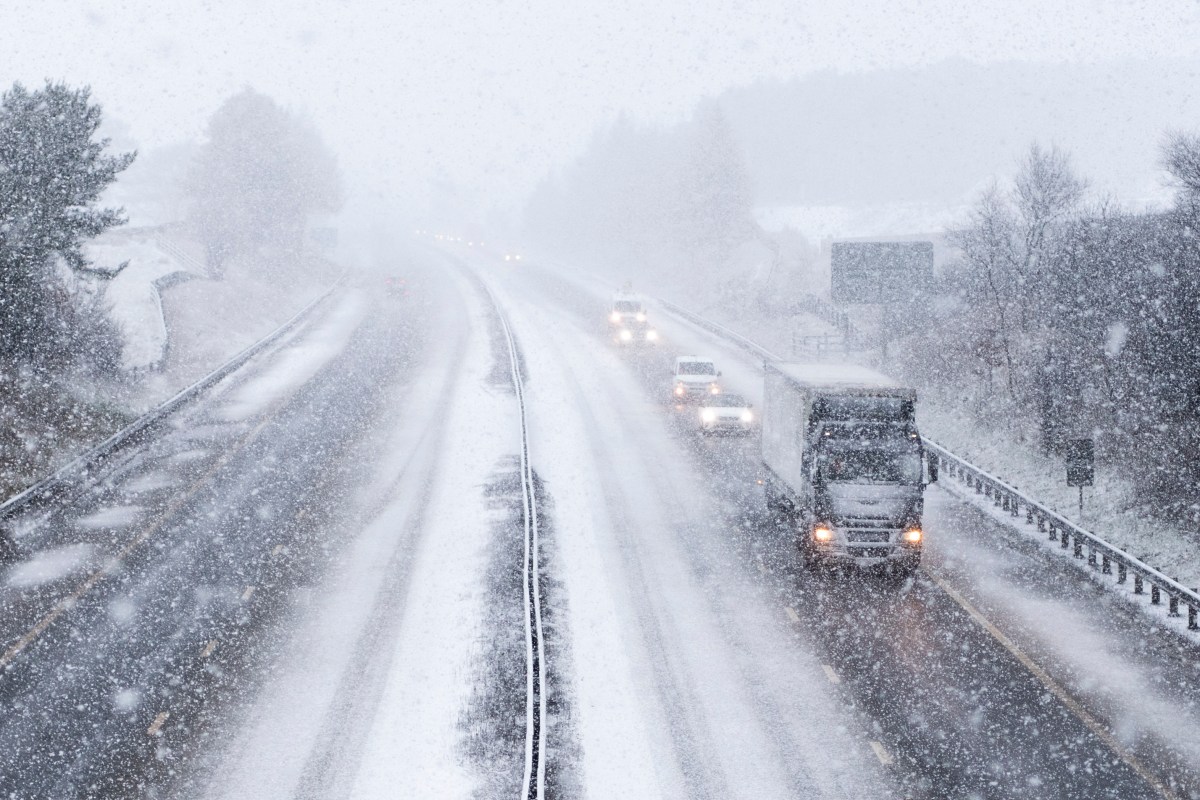 Parts of Scotland could look colder than RUSSIA today with freezing winds to bring severe frost – as snow falls across the country.

The Met Office has warned temperatures are set to dip to -3C with showers already blowing across the M74 near Abington, Lanarkshire, as well as Glasgow and the Highlands.

And the wind chill will cause it to be as cold as -4C in the north, with many parts colder than 1C Volgograd in Russia.

With showers already falling, a yellow weather warning for snow and ice has been issued for the whole weekend – until 3pm on Sunday.

They added that ice patches would pose an additional hazard, especially in western coastal areas.

It is already causing misery on the roads as a driver escaped injury after skidding on the A835 Inverness to Ullapool road this morning.

A Met Office forecaster said: ‘It’s been a mild winter so far, but a big change is afoot.

Most read in Scottish news

“We will say goodbye to balmy conditions as much colder arctic air floods south in all regions. On Friday morning, there could be sleet or snow showers in central and southern England, although these are unlikely to accumulate.

“Colder air will spread across the UK, with wintry showers likely to continue in parts of Wales, North West England and Scotland. Northern Scotland can expect snow at lower levels.

“The sharp drop in temperatures will see quite widespread frost in the north on Friday.

“Saturday to Monday will be very windy in the north with rain or wintry showers, with rain and strong winds at times in the south.”

Parts of Scotland also face the risk of flooding with two SEPA flood warnings and six alerts in place in Aberdeenshire and the Highlands.

He said: “We have some pretty typical winter weather in store.

“After the recent mild spell, we are going to see a cold interlude. It won’t last long and by the weekend the milder air will start to return from the west again.

“It’s not unusual for us to see snow in February, and there’s currently no signal for anything out of the ordinary.”