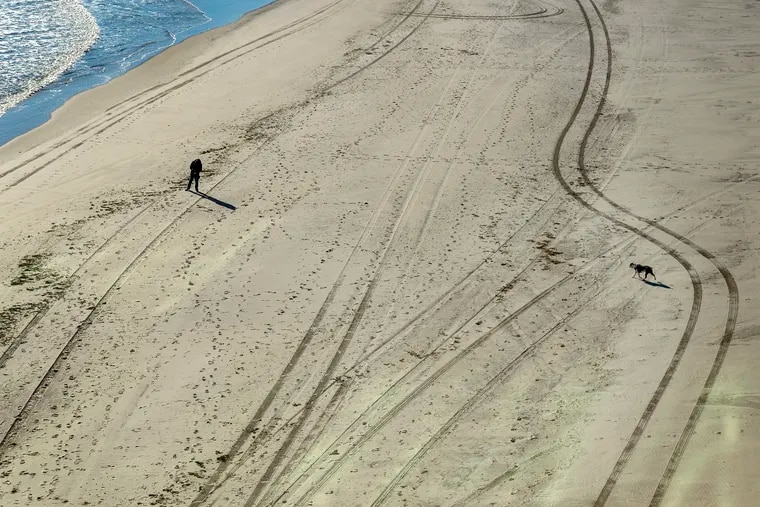 New Jersey Gov. Phil Murphy declared a state of emergency beginning at 5 p.m. Friday, in anticipation of much of the state being ravaged by snow.

“We are preparing for a major snow event across the state,” Murphy said, asking people to stay home. He said the eastern half of the state could see total snowfall ranging from 8 inches to a foot and up to 18 inches or more along the coast.

“And if that’s not enough, we also expect strong and potentially damaging winds of up to 50 miles per hour. … Our advice to everyone is to be prepared to stay home this afternoon and to stay home. Stay home tonight and stay home tomorrow.

In Philadelphia, which is expected to see up to 8 inches of snow, the snow emergency began at 7 p.m. Friday. The emergency meant that all parked vehicles had to be removed from the city’s emergency snow lanes for clearing, according to a city statement.

“Crews will continue snow operations until all conditions are safe for travel,” interim general manager Vanessa Garrett Harley said in a statement. “However, this storm is expected to bring heavy snowfall and wind gusts up to 30 miles per hour, which may reduce driver visibility due to blowing snow. Residents should be aware of fallen tree limbs and possible power and signal failures.

With temperatures expected to drop into the 20s on Saturday, Garrett Harley warned drivers to expect slippery and freezing conditions on the roads. She encouraged residents to stay home and off the roads, if possible.

The city canceled much of its programming and resources ahead of the snow.

All city-run COVID-19 testing sites, including health centers, resource centers and mobile testing vans that were scheduled to open Saturday, have been canceled, as have school district after-school and athletic activities. for Friday and a vaccination clinic on Saturday.

As officials across the region urged people to stay off the roads, crews were pretreating them and preparing for plowing. PennDOT crews began brining the roads Wednesday, spokesman Brad Rudolph said. Unlike other storms in recent years, Rudolph said the agency has a full complement of workers despite the overall national and local labor shortage and the pandemic.

» READ MORE: Brining roads before winter storms is gaining popularity around Philly and the country

“We just went through our list and we seem to be doing well,” Rudolph said. “But in previous storms, COVID has certainly been a challenge and we’ve had to use other resources.”

PennDOT has approximately 165 to 170 trucks that can brine, salt, and plow for the five-county area of ​​southeastern Pennsylvania, including Philadelphia. Crews have already brined some of the major roads, such as Broad Street, Woodhaven Road and the Schuylkill Highway, as well as freeways such as I-95. He works with the city to provide coverage.

PennDOT, like many other government agencies, has been increasingly cautious about the use of rock salt due to the impact on streams and rivers. So he turned to brining because it dilute the level of sodium chloride considerably. Overall, the crews cover approximately 11,000 miles of snowy terrain. Rudolph said PennDOT can also pull 275 contractors with trucks if needed.

“We can fill in any missing pieces by bringing them in,” Rudolph said. “We are ready.”

The forecast has been a moving target throughout the week, and meteorologists had warned that nearly any outcome was possible, and come what may, areas just west of the heavier snow shield could well be excluded.

Late Friday afternoon, the National Weather Service was calling for 6 to 8 inches in the immediate Philadelphia area, while much of South Jersey faced blizzard conditions, with up to 18 inches expected at Atlantic City.

Wind chill could drop below zero Saturday night across the region.

READ MORE: The coming storm could become a ‘bomb cyclone’. What does that mean?

Atlantic City public works crews have been preparing for the blizzard since Thursday morning, city spokeswoman Rebekah Mena said, with brining continuing through Friday. Crews were brining city streets from 7 a.m. to 3:30 p.m. Thursday and would continue to brine before snowfall began Friday, she said.

“We are fully staffed and fully mobilized,” Mena said. “Working in shifts to make sure we’ve literally covered the 24 hour clock.”

The Atlantic City Mayor’s Office has encouraged residents to stay on and off the streets unless travel and driving are essential, Mena said.

“It’s mainly to give our public works people more room to navigate the streets,” Mena said.

Ocean County Sheriff Michael Mastronardy said his county has enough staff and the Office of Emergency Management is ready for the expected blizzard conditions along the coast in towns such as Toms River. .

“We’re fine,” Mastronardy said. “Right now we have a couple of meetings scheduled today to make sure we are ready and we believe we are. We have officers on patrol in the snow. We will be monitoring outages and power outages and scheduling people who need dialysis or other medical problems and emergencies.