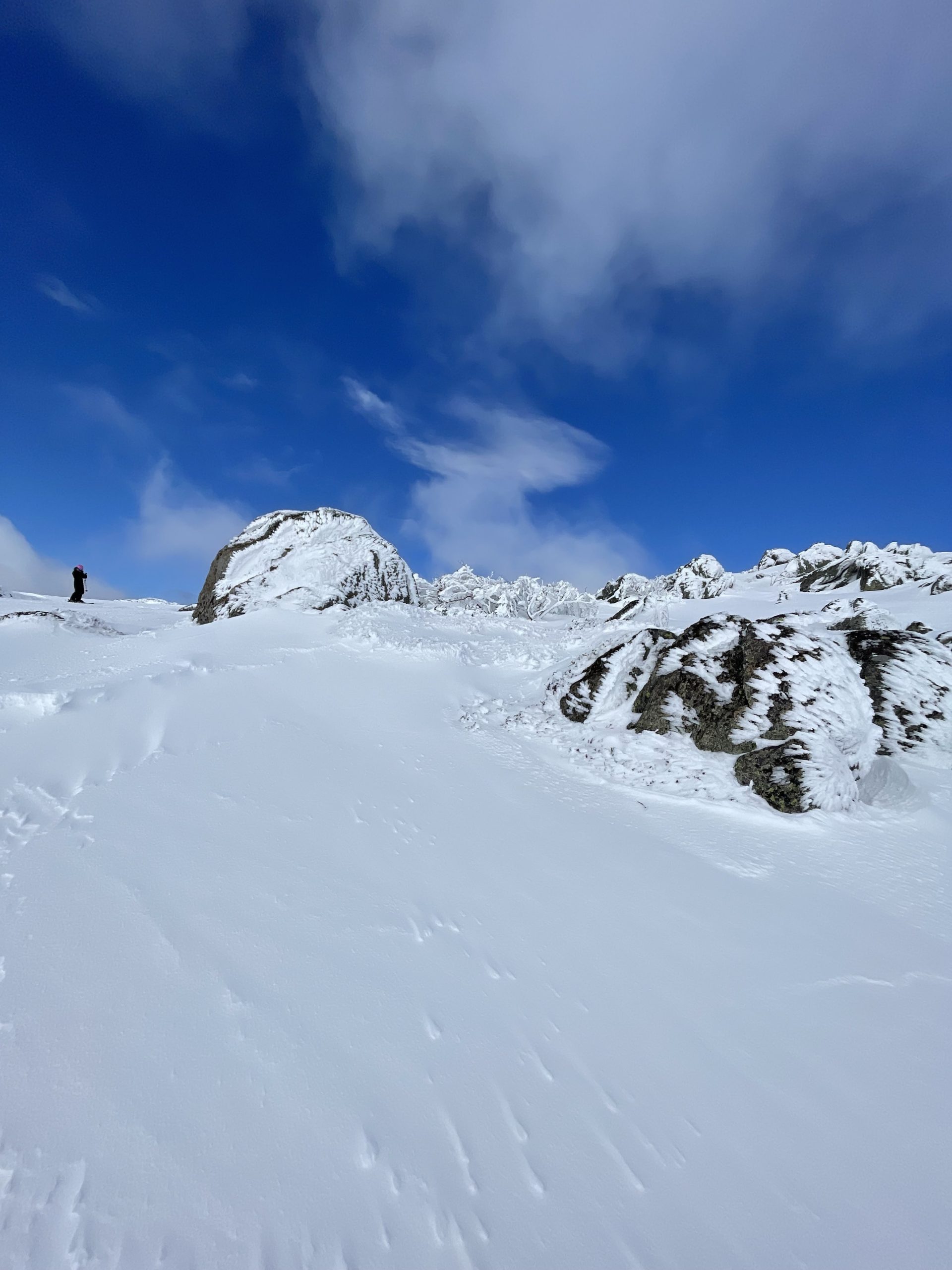 Apologies for skipping last weekend’s update, but I was on competition duty at a mogul competition and then had a serious case of laryngitis.

So picking up where we left off, in the last 10 days we’ve had 28 inches (70cm) of snow including 6 inches (15cm) in the last 24 hours. The snow has come down to Jindabyne making the trip up to the skitube quite dangerous for some, leaving several cars in the ditch this morning. Roads were clear in the afternoon, but you should still expect some potential snowfall or frost overnight.

Temperatures will remain low for the next few days but seem to warm up to 6 degrees over the weekend. There will be a few flurries, but the forecast is for about 1 to 2 inches (2 to 5 cm) per day maximum for Wednesday and Thursday.

A word of warning: traffic and lift queues have been incredibly busy as news of the recent snowfall has spread. Expect travel delays to and from the mountain, especially on weekends. Also remember that this week is the inter-school competition, so the lift lines in the Front Valley are incredibly busy.

If you want to avoid excessive waits and crowds, I recommend avoiding weekends, or maybe later in the season. Perisher doesn’t close until October 3 or even later, given that the season is above average here. Alternatively, if you’re stuck on dates, try getting out into the backcountry if you’re an experienced skier. Make sure you take the proper gear with you and don’t venture out alone or without submitting a travel plan.

If you are a beginner skier why not head to Smiggin Holes which has been much less crowded than Front Valley.

The Australian Bureau of Meteorology (“BOM”) forecast southwesterly winds of 15 to 25 miles per hour (25 to 40 km/h) for Wednesday and light snowfall, likely in the evening. The snow line is expected to remain low on Wednesday but will rise above 1500m by Thursday. Be careful on the roads to Perisher!

Snow forecast on the granite belt boosts tourism in the region