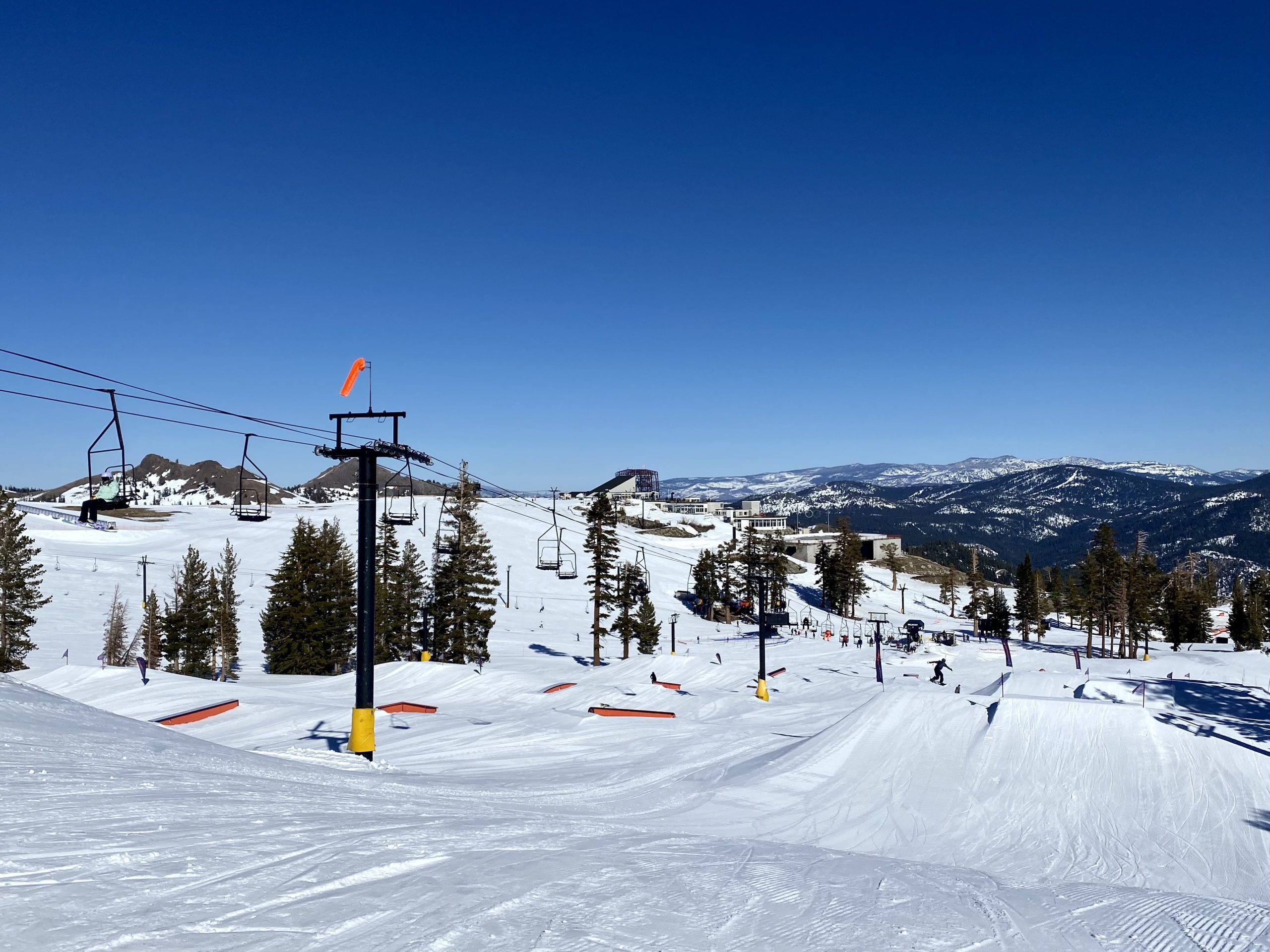 It’s too easy to look at the forecast in Tahoe and feel a little… disappointed. After a historically snowy start to the season in December, Tahoe has remained dry ever since and with no end in sight. Those of us who skied and rode Palisades Tahoe this week know, however, that the lack of snow doesn’t tell the whole story.

We arrived in Palisades Tahoe late yesterday morning to warm temperatures and blue skies and headed straight for the Funitel. The drive up the mountain offered views of increasingly exposed granite on Broken Arrow, but also some very enticing spring corn. It’s an area of ​​the mountain that I’m usually only interested in following a recent storm, but we decided it looked too good to pass up – we had to go before heading out to the day.

We loaded up Gold Coast for our first run, only to see that the Palisade’s Park crew had been busy finally building the Gold Coast terrain park. (I was later told that construction had been finished for about a week, I guess I have to travel more to Gold Coast). The park has some of the biggest features in Palisade, with a pack of two medium to large jumps, both beautifully formed. We opted for a few warm-up runs through Belmont, which was full of smaller jumps, rails and jibs.

Just beyond Belmont Park was the start of the Riviera Boardercross course, which was extremely fun with our group of 7 exploding through the bank turns and rolls, all neck and neck. The course takes you to Upper Mountain Run, where we found some melting side shots before charging Siberia Express.

Siberia had some of the best races of the day with soft but still fast corduroy from top to bottom. After a few laps of Siberia, we hiked to Broken Arrow where the snow had turned into fantastic spring corn covered in soft bumps, plus a rock to shove aside here and there. We went to Mountain Run for our final turns of the day before heading back to the parking lot for a few afternoons to a live DJ set by our buddy, Matt.

Say what you will about Tahoe’s recent lack of snow, but things are still a lot of fun there!

Checking the #snowpack and anticipating a poor snow forecast: While it feels like we’ve had a lot of snow lately, the reality is we need more to keep near normal – The #Denver Post