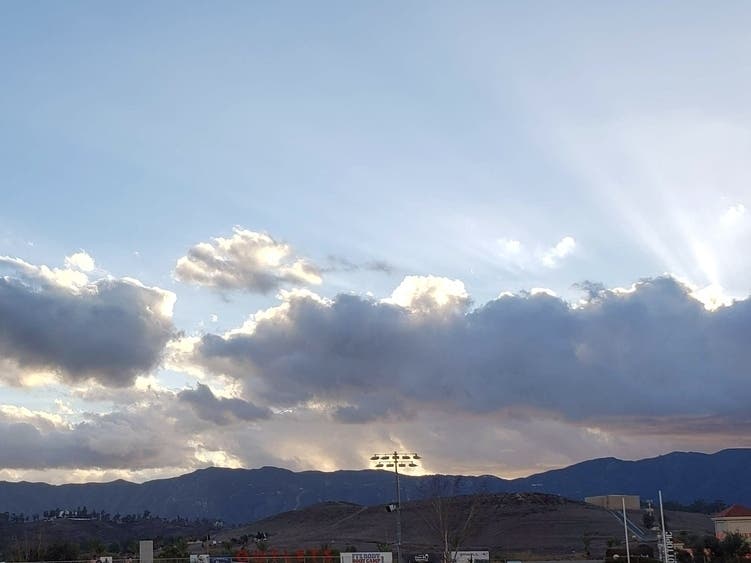 LAKE ELSINORE, CA – After a week of dramatic ups and downs in Southland, get ready for another change in the weather for Southwest Riverside County.

Commuters on the Ortega Highway will see snow at peak, according to the National Weather Service, with a 90 percent chance of precipitation and further snow accumulation of less than a half inch possible overnight.

Watch for icy patches and road closures during this time.

On Wednesday, motorists should expect snow showers before 10 a.m., followed by rain and snow showers.

“A cold northern storm will bring strong winds, cool temperatures and widespread mountain rain and snow, with the heaviest occurring Tuesday afternoon through Wednesday morning,” the NWS said in its Tuesday morning forecast discussion. . “Dangerous travel is to be expected, especially through the mountains.”

In the Lake Elsinore and Wildomar area, a severe wind warning was in effect Tuesday until 9 p.m., the NWS said.

It’s time to cover the new plants you want to keep, gardening friends!

As the winds ease, colder temperatures set in, according to the NWS. Residents should expect low temperatures in the 30s overnight the rest of the week and with the low temperatures, frost advisories will be in place through Friday morning.

Winter storm warning for the mountains:

A winter storm warning was in place for mountain communities in Riverside County, according to the NWS, with a large amount of snow heading our way. The area can expect between 4 and 8 inches of snow starting at 4 p.m. Tuesday until the storm leaves the area, around 6 p.m. Wednesday.

Snowfall accumulation was estimated at: 2 to 4 inches from 4,000 to 6,000 feet, 4 to 8 inches above 6,000 feet with locally greater amounts on higher peaks, according to meteorologists.

Drivers should take precautions and watch for downed trees and power lines during the wind and snow event.

Here is the full detailed forecast for Lake Elsinore for the next few days, via the NWS:

Today
Showers. High near 52. Wind west around 15 mph, gusting up to 25 mph. The chance of precipitation is 80%. Further precipitation amounts of less than a tenth of an inch are possible.

Wednesday
Chance of showers. Mainly sunny, with highs near 49. Wind west 5 to 15 mph, gusting up to 25 mph. The chance of precipitation is 40%.

Thursday
Frost zones before 10 a.m. Otherwise, sunny with high near 57. Wind northwest around 5 mph becoming calm in the morning.

Thursday evening
Uneven frost after 10 p.m. Otherwise, pretty clear, with a low around 35.

Friday
Uneven frost before 10am. Otherwise, sunny, with a high near 62.

Friday night
Rather clear, with a low around 38.

Get more local news straight to your inbox. Sign up for free newsletters and patch alerts.

The winter rumblings will most likely continue

With forecasts of heavy snowfall, ADOT advises to wait before traveling