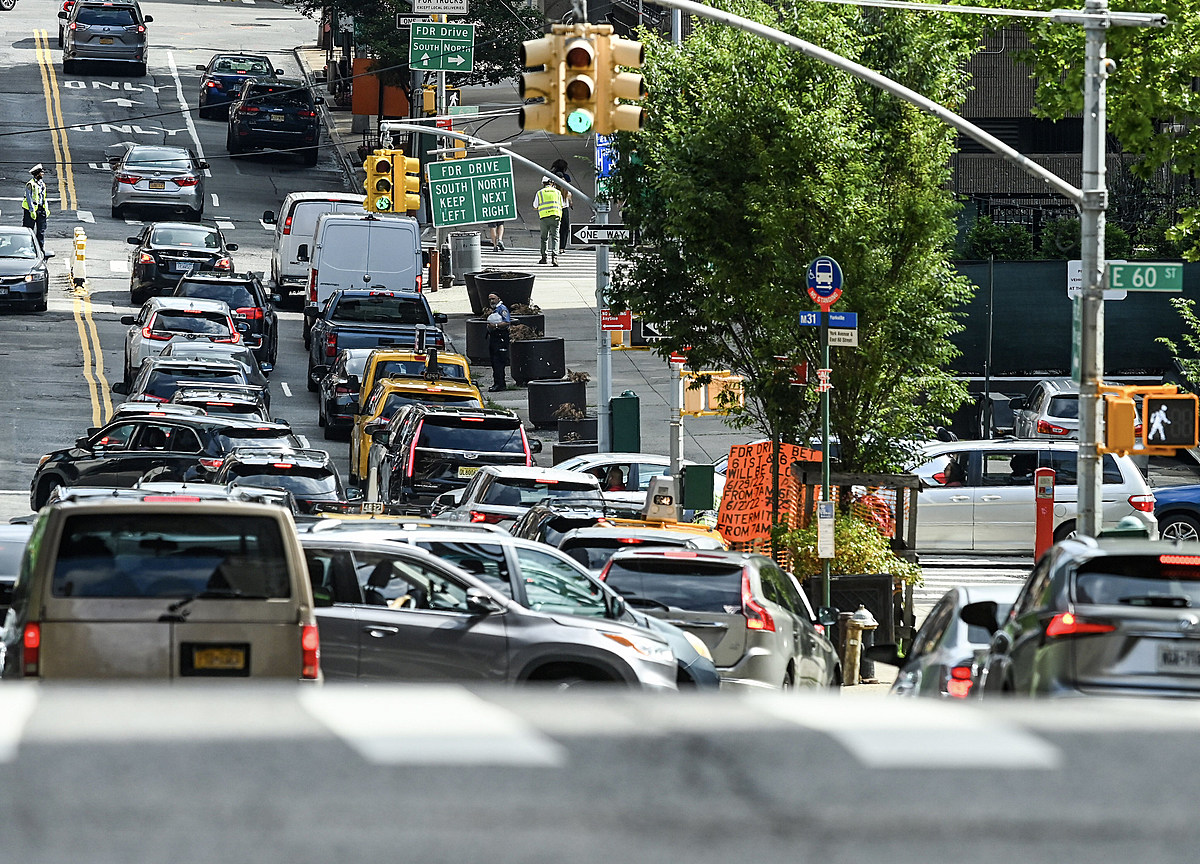 TRENTON — An environmental assessment of the proposed congestion pricing plan to charge tolls to drivers in Manhattan’s central business district finds it would achieve its goals – reducing traffic and raising a lot of money to spend on improvements public transport.

The study modeled seven different scenarios for charging tolls south of 60th Street in Manhattan, each with different combinations of exemptions and discounts. One possibility is that drivers with E-ZPass entering from New Jersey through the Holland or Lincoln tunnels, and possibly even the George Washington Bridge, could get a credit reducing the Manhattan toll.

He finds that traffic in this part of New York would drop 15% to 20%, depending on the toll structure, transit ridership would increase 1% to 2%, and air quality would improve.

Janno Lieber, chairman and chief executive of the Metropolitan Transportation Authority, said the report “highlights the widespread benefits” of the toll plan.

“Bottom line: Congestion pricing is good for the environment, good for public transit, and good for New York and the region,” Lieber said.

Gov. Phil Murphy said he wouldn’t support the plan if New Jersey drivers were charged twice – once for crossing the Hudson River and another time for entering the central business district. Although New Jersey does not have a vote on MTA shares, it can interfere with the plan by tying up the action through the Port Authority.

Tolls can range from $9 to $12 at peak times for plans with the least crossing credits or $14 to $23 for plans with the most offsets. The more people who are exempt from tolls, the higher the resulting toll in order for the MTA to generate the revenue it seeks for its transit system.

There will be a series of online hearings during the last week of August to get public input. Click here to register or watch the livestream.

All roads south of 60th Street are not included in the central business district. It excludes FDR Drive, the West Side Highway, the Battery Park Underpass, and the road portion of the Hugh L. Carey Tunnel that connects to West Street.

The assessment found that 3% of business trips to the central business district are now made by car from New Jersey. Eighty-five percent is done by public transit, 5% by car from New York, 3% by car from suburban New York counties, 0.2% by car from Connecticut, and 4% by d other means, such as taxis and bicycles.

Michael Symons is the Statehouse Bureau Chief for New Jersey 101.5. You can reach him at [email protected]

WATCH: The most extreme temperatures in every state’s history

8 sharks you might find off the coast of New Jersey

Idaho cherries return to China after three years away