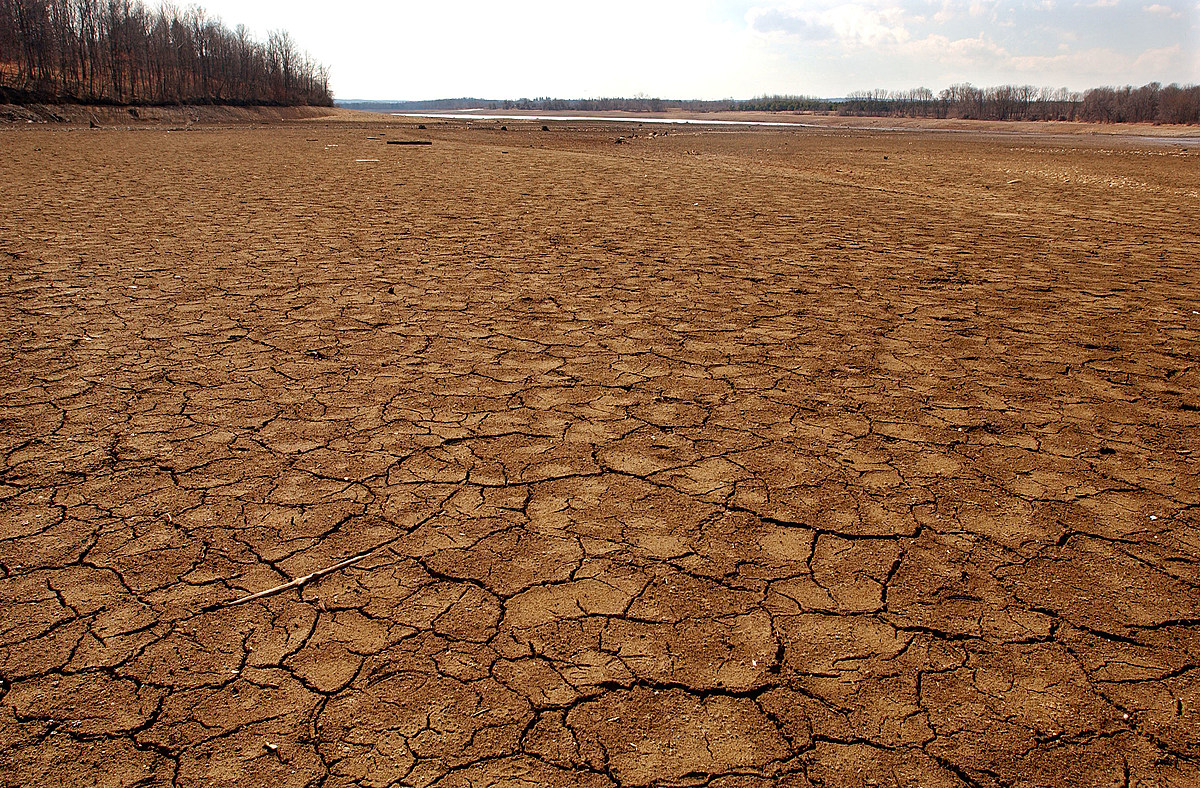 “You don’t like to see the rate at which our reservoirs are losing volume, our river flow is very low, our groundwater is low statewide,” he said.

Robinson said that normally in June, July and August, the state gets about a foot of precipitation, but that certainly hasn’t been the case this year.

“There are areas of the state that are performing well at less than 50% of normal over the past three months, and areas that are doing better, they are barely up, if average,” Robinson said.

Robinson pointed out that last month, when there was very little rain, was the sixth hottest July in New Jersey since 1895 and that August was also very hot.

“It only makes a bad situation worse by drying things up further.”

Robinson said that although the state had below average rainfall this year, we had a very wet April and May.

“It was our saving grace, as we entered the summer with replenished water resources.”

He noted that we hadn’t had a good pouring rain in months, just random scattered showers. Also, the tropical season is getting off to a very slow start and has not yet brought any moisture to our region, and as a result, we are now in a somewhat precarious position.

Are you hoping for a tropical storm?

New Jersey 101.5 Chief Meteorologist Dan Zarrow says we’re not going to get out of this overnight.

“It takes a long dry spell to officially put us in drought. Similarly, it takes a big shift in pattern to pull us out of the drought hole. We would need several days of washout and/or a tropical storm to really make a dent in this summer’s rainfall deficit.

Another cause for concern is how current conditions could impact New Jersey’s upcoming crops.

“I also remain concerned about the impacts of the drought on the harvest season this fall,” Zarrow said. “We need rain. Desperately.”

And while it doesn’t appear to be, Robinson said there is a silver lining.

David Matthau is a reporter for New Jersey 101.5. You can reach him at [email protected]

WATCH: The most extreme temperatures in every state’s history

What would happen to NJ if we were attacked by nuclear weapons?

We used Alex Wellerstein’s NUKEMAP to see what would happen if a nuclear warhead hit New York, Philadelphia, Washington or New Jersey.

Models show what would happen during an air detonation, meaning the bomb would be detonated into the sky, causing extensive damage to structures and people below; or what would happen in a detonation on the ground, which would have the alarming result of nuclear fallout. The models do not take into account the number of casualties that would result from the fallout.

WATCH: These are the 50 largest retailers in America