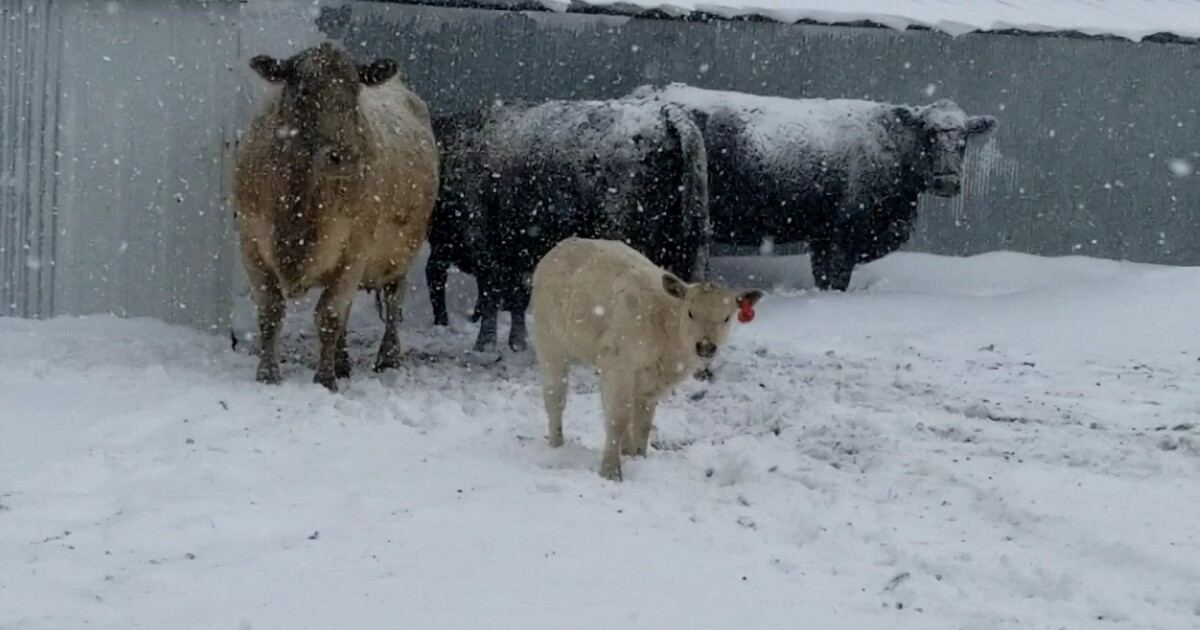 Montana ranchers scramble to save young cattle in spring snowstorm

BILLINGS — Tuesday’s snowstorm that hit southern and eastern Montana is giving ranchers across the state an extra challenge as they try to keep young stock alive at the end of calving season.

“These storms are just brutal,” said Sara Hollenbeck, breeder of Molt. “You just have to hope for the best and prepare for the worst.”

Sara and her husband Hank have been through many spring storms, so they know what to do.

“We started last night protecting all the animals we could,” she said. “Unfortunately, not all animals fit in the barn.”

At least one herd of sheep hasn’t quite made it inside. They had a rude awakening.

“They got snowed in quite a bit, but everything was at least above it,” Hollenbeck said. “We gave them a lot of alfalfa to get their bellies working and to keep them warm, to get them moving.”

This is one of the keys to avoiding cold stress, especially in young animals who need extra help when temperatures drop below 50 degrees. Q2 Chief Engineer Mark Huller’s calves were foraging for all the food they could find on his property in Bridger. Ranchers across eastern Montana are battling it out this week.

“Between Snapchat, Facebook, Instagram, we all trade stories,” Hollenbeck said. “Has the snow ever touched you? How much did you receive? Have livestock been affected? »

She hadn’t heard very bad news on Tuesday afternoon, nothing to do with what they had experienced during a storm in April a decade ago.

“We had just sheared some sheep, and they were far from the barn,” she said. “What happened was first it rained and then a blizzard came. The sheep got cold and it wiped them out. It was one of the worst experiences we had in as a ranch.

The best anyone can do now is pull through.

“Not everything will be perfect tomorrow, but hopefully we don’t have the loss like we did in previous years.”