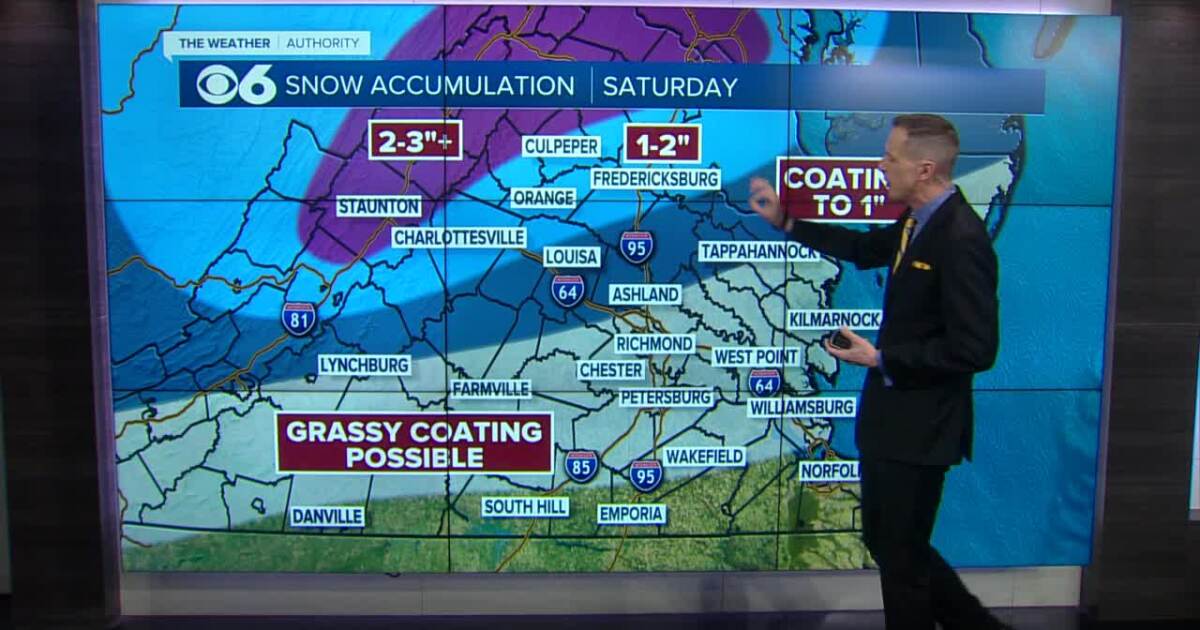 Around 9 am we should start seeing the mix.

But once past noon, the chance of precipitation begins to decrease, as does the temperature.

In fact, we will spend the second half of the day with temperatures close to zero.

Winds gusting through central Virginia on Saturday at around 30 to 40 miles per hour with the potential for gusts of around 50 near the coast.

If we see thunderstorms, it means stronger gusts of wind are possible.

As for snow accumulation, the ground will be quite warm, temperatures will be a little above freezing, and the March sun is tilting a little higher. It’s hard to really pile on snow this time of year, but we could get some grassy coating across the subway. A little further north and west a grassy covering and maybe about 1/2 inch or 3/4 inch.

If you go well northwest there is potential for an inch, maybe a little more in Louisa County, Fluvanna County, and through Spotsylvania towards Fredericksburg – it will be about an inch or two from snow or more mainly on the grass.

We may have a few slippery spots on the roads later in the day on Saturday, but the best chance of seeing snow accumulation tomorrow will be from Staunton to I-81 in Northern Virginia where they may see more than two or three inches of snow.