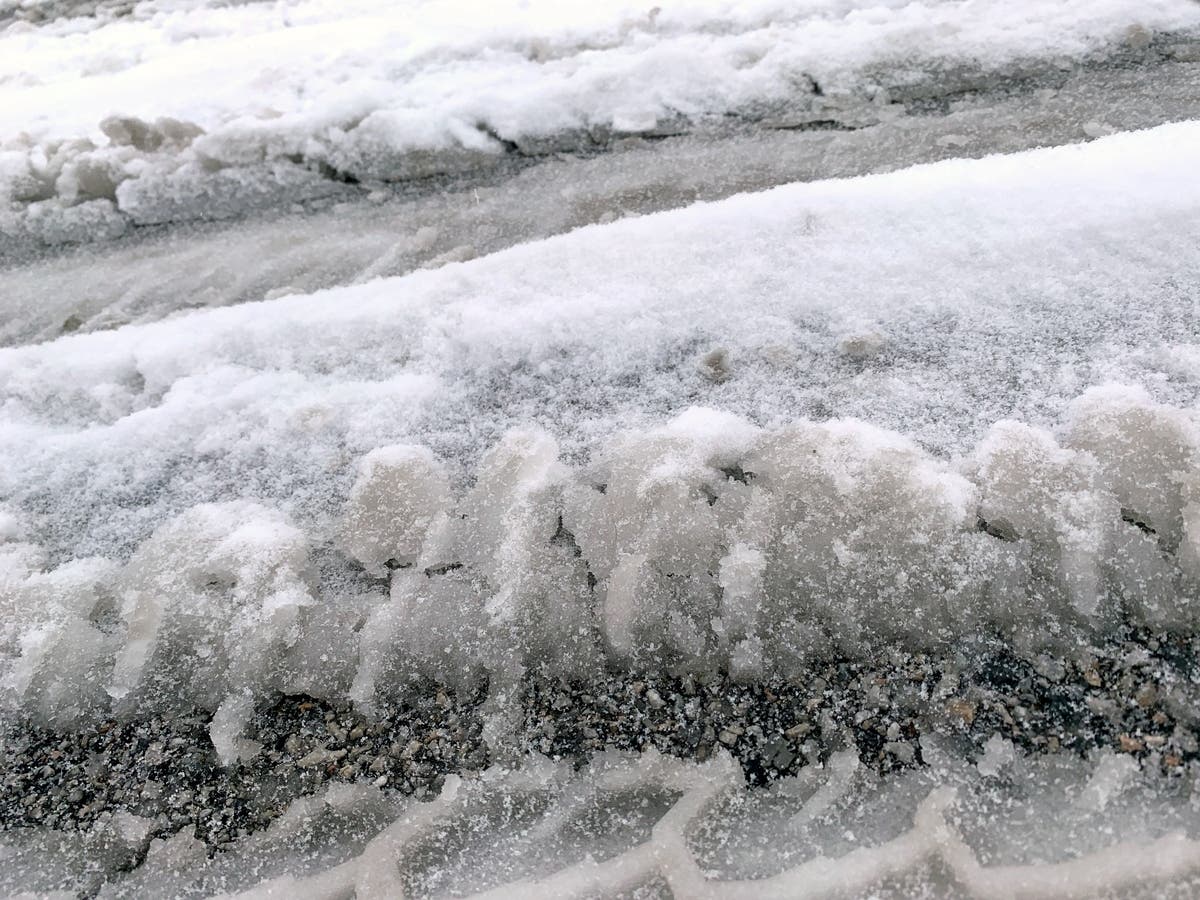 MD Weather: Snow forecast for the Super Bowl on Sunday

MARYLAND — Parts of Maryland could see an inch or two of snow Sunday morning, while several inches of snow are forecast for parts of central Virginia and the Blue Ridge Mountains, according to the National Weather Service.

A mix of rain and snow is expected to arrive in the Baltimore area late Saturday evening after another day of spring-like weather, with high temperatures expected near 60 degrees.

The Baltimore National Weather Service has issued a winter weather advisory that will be in effect from 1 a.m. to 4 p.m. Sunday. Total snow accumulations of 1 to 2 inches are forecast, with up to 4 inches locally.

Communities covered by the advisory include: the District of Columbia, as well as Cecil, Baltimore, Prince George, Anne Arundel, Montgomery, Howard and Harford counties.

A mix of rain and snow is expected to turn to snow by 2 a.m. Sunday as lows dip below freezing.

“At least the occasional light snow is a good bet until sunrise, with some light buildup possible, especially on grassy and elevated surfaces,” the Washington Post’s Capital Weather Gang said Saturday morning.

The National Weather Service says the chance of precipitation is 100% overnight. Further snow accumulation of less than an inch is possible.

Sunday snow is expected to continue with flurries likely mostly between noon and 4 p.m. The maximums will reach the mid-30s.

Conditions will look like winter again with a northerly wind of 7-10 mph and gusts up to 21 mph. The chance of precipitation is 100% again on Sunday.

Authorities said residents plan to attend Super Bowl parties on Sunday or be on the road for other reasons to keep up to date with weather conditions in their area. The latest road conditions can be found online.

“While not a major snowstorm, there could be enough snow to make travel slippery on Sunday in cities such as Washington, DC, Baltimore and Richmond, Va., as people can go out and visit friends to see the big game later in the evening,” AccuWeather senior meteorologist Dan Pydynowski said in a statement on Saturday.

Here is the weekend NWS forecast for Maryland:

Saturday night: Snow, possibly mixed with rain, becoming all snowy after 2am. Low around 30. Wind north around 8 mph. The chance of precipitation is 100%. Further snow accumulation less than an inch possible.

Sunday: Snow before noon, then chance of flurries, mainly between noon and 4 p.m. High near 36. Wind north 7 to 10 mph, gusting to 21 mph. The chance of precipitation is 100%. Further snow accumulation less than an inch possible.