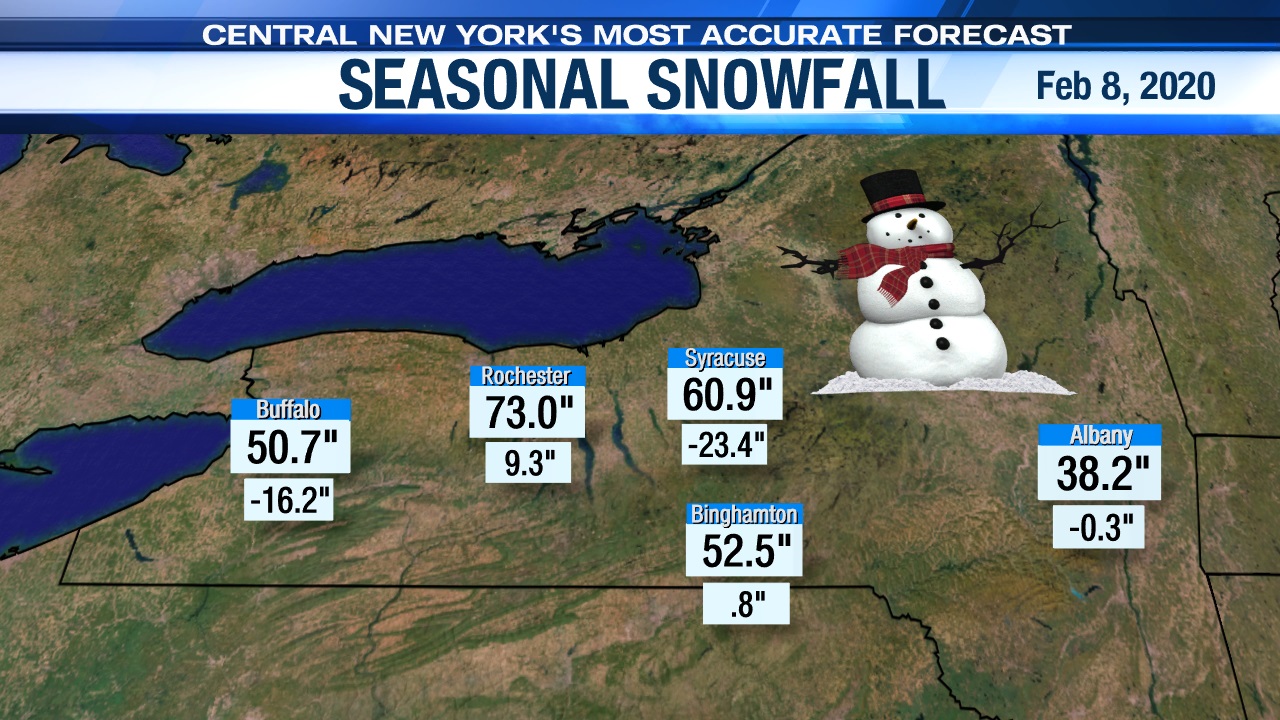 Syracuse still has a seasonal 20 “+ snow deficit and is still behind Rochester by 10” + snow.

Rochester didn’t receive as much snow from the storm system on Friday, but some flakes from the lake pushed its seasonal total to 73 “, which is just under 10” above average.

Binghamton is now above average at this point in the winter season, barely, at 52.5 inches (just under an inch above average to be exact).

Buffalo has a seasonal total of 50.7 inches, which leaves them just over 16 inches below par.

Albany is closer to par and still in last place for the Golden Snowball. They received just over 38 “of snow in total this winter.

There is still a lot of time in the season to see these numbers change!