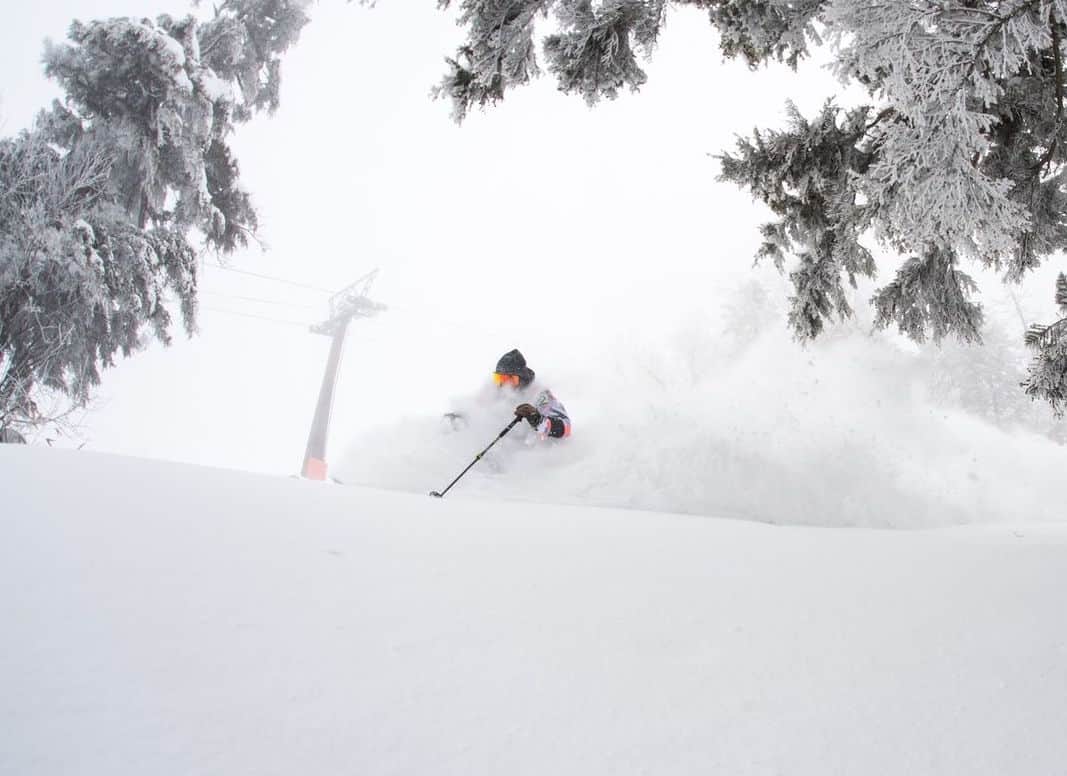 Japan Weekly Snow Forecast, February 24 – After a Huge Week of Snow Things Will Calm Down

As expected, it was another big week for central Honshu resorts with occasional heavy snowfall and huge snow totals recorded. Myoko received a whopping 251cm last week, Nozawa Onsen 155cm, Shiga Kogen 129cm and Hakuba was a little behind at 77cm.

The heaviest falls were Monday through last night and for those lucky enough to be in Japan (how many times have I said that this winter?) the last three days have been ridiculously deep. Further north, Niseko also had good days with a solid 122cm last week, with Tuesday and Wednesday being the deepest days.

Most resorts had a good refreshment last night, but things will calm down over the next week with light snow on Sunday in Honshu resorts before things pick up briefly mid-week. As you can see from the forecast map below, the central and northern mountains of Honshu have the deepest snow potential over the next 10 days as they look milder for Hokkaido, but showers Constant snowfall is forecast until next Tuesday.

From Thursday 24 February to Friday 25 February

After some good snowfall overnight in some areas, the snow will ease today with showers this afternoon and light winds. Not much in it, possible 2-5cms. Snowfall will continue in Hokkaido during the day and ease this evening with gusty westerly winds at times.

Light snowfall on Friday is expected to disappear by the afternoon, again only a few centimeters and light winds. Snowfall continues over Hokkaido, but totals will be light, around 5-10cm and strong westerly winds at times

From Saturday 26 February to Sunday 27 February

Saturday morning is shaping up to be a good day in Honshu with sunshine and light winds, with clouds in the late afternoon. Light snow in Hokkaido Increasing in the evening and moderate upper strings winds continue.

Snowfall increases early Sunday over Honshu and continues throughout the day, but nothing huge except 10cm. and light NW winds. Further snow showers in Hokkaido with 10cm likely, but gusty westerly winds persist.

From Monday February 28 to Wednesday March 2

Snow showers around Honshu throughout the day, westerly winds pick up in the afternoon. The snowfall continues in Hokkaido with another 5 to 10 cm likely but once again the winds will be moderate to strong from WNW.

Light snowfall around Honshu Tuesday morning picks up in the afternoon and continues overnight with southwesterly winds, drizzle possible on lower slopes. Snow showers are easing over Hokkaido, but moderate westerly winds persist, easing a bit after dark.

A few flurries persist on Wednesday morning on Honshu, decreasing in the afternoon with another 5 to 10 cm possible. Snow showers have finally cleared in Hokkaido with the potential for sunshine and winds easing a bit during the day.

After the heavy snowfall of the past few days, things are looking up in Honshu, but there are still a few cheeky powder days ahead, with Sunday and Tuesday looking good, although milder conditions could see some rain. to fall.

In Hokkaido, there are expected to be 5 to 15 cm per day for the next four to five days with persistent moderate winds before the sun returns on Wednesday.

This break in snowfall next Wednesday/Thursday could be short-lived with indications that things could pick up again before the first weekend of March. This would be a good supplement before spring, as the storms should slow down as we approach spring.

This is Japan’s final prediction for this season and I will be back with Japan’s prediction in December for the 2022-23 season. It was an amazing season with record snow totals and plenty of powder days. Hard to watch with the borders closed, but the good news is that Japan is slowly reopening its borders and we expect to be back in powder snow country next winter.

Until then, just months before the Southern Hemisphere winter kicks in and my first Australian and New Zealand season outlook is released in mid-April.

Take care and see you soon.

Up to 12 inches possible in the mass. – NBC Boston