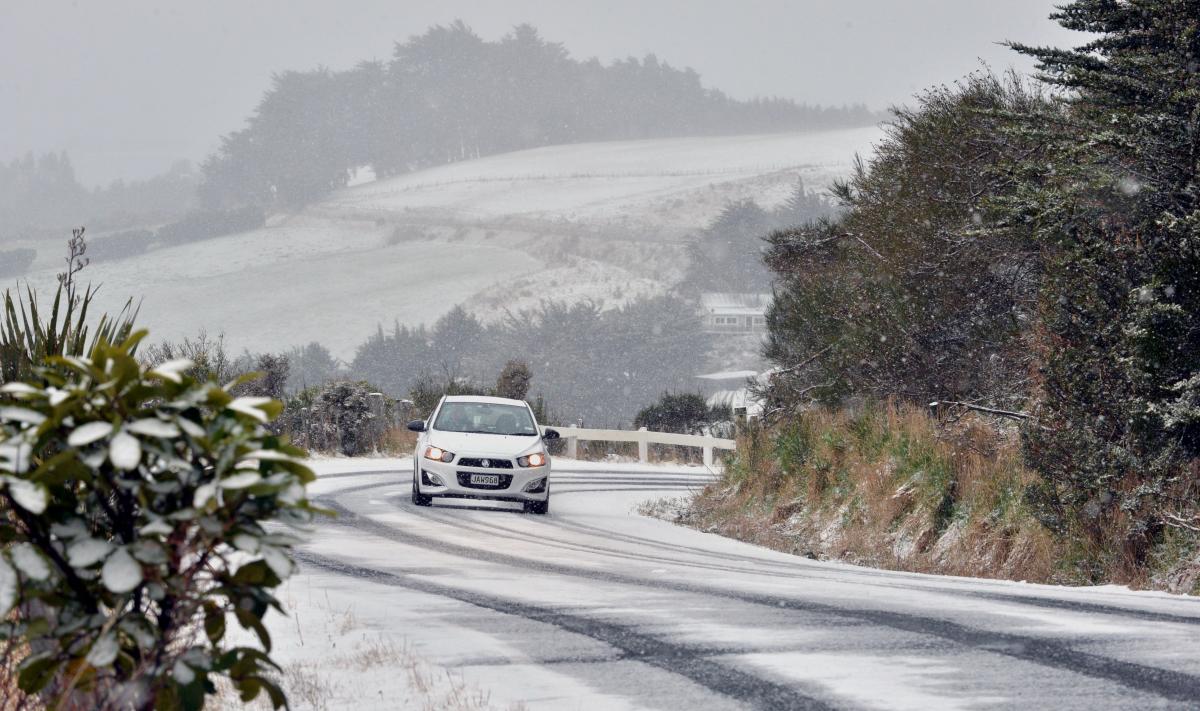 The first heavy snowfall of the season is on its way to much of inland Otago and Southland this weekend, and if conditions are right, Dunedin and other coastal Otago communities could also be sprinkled.

MetService forecast an active front to move east across the country today, followed by troughs tomorrow and Thursday.

Next, a cold front, preceded by strong northwest winds, is expected to move northeast over the South Island from the southern Tasman Sea on Friday, bringing a very cold air mass to the region. south this weekend.

Snow is expected in many mountainous regions, especially on Friday.

This will likely be the first heavy snowfall of the season in these areas and may drop to levels where it could stress livestock.

Our air should come in from the west and northwest this week 🟰 warmer than average temperatures for the most part.

Later this week and weekend, the airflow will shift to cooler southwestern temperatures 🟰.

With this transition will come a more active and stormy weather ⚡️❄️🌬️🌧️. pic.twitter.com/6ONmqwenoB

MetService meteorologist Dan Corrigan said there was still a high level of uncertainty surrounding the details of the forecast.

“The interesting thing about this snow event is that it’s not the normal southern cold snap that we often see that brings all of these shower cells north out of the Southern Ocean.

“Instead, it’s more of a westerly wind and cold air is crossing the lower part of the South Island from the west.

“So depending on the exact direction of the wind – and there’s a lot of uncertainty about that – it could mean snow for parts of Dunedin if the flow is more south-westerly.

“We can’t comment specifically on the exact extent or height we expect the snow to fall – it’s a bit too early at this stage,” Mr Corrigan said.

At present, MetService forecasts snow accumulations to reach warning amounts above about 800m for the Canterbury High Country south of the Rangitata River and for Otago west of about Alexandra.

Mr Corrigan recommended people keep a close eye on the forecast for any changes or additions in the coming days.

“One thing that seems very likely is that the winter weather system coming at the end of the week has the potential to bring the lowest level of snowfall so far this year for parts of the island of South.”

Wet on the west coast

A heavy rain warning is in place for the West Coast through Thursday, MetService said today.

For Buller and Westland, north of Greymouth, expect 120mm to 180mm of rain from 12pm tomorrow until 5pm Thursday.

Periods of rain and possible thunderstorms were expected tomorrow morning, but the heaviest rains would begin around noon.

Meanwhile, a heavy rain watch is in place for Westland about and south of Greymouth from 9am today until 3pm Thursday.

Periods of heavy rain with thunderstorms are possible. Precipitation amounts can approach warning criteria, especially for beaches. Heavier rain is possible on Friday and the weekend.

In Fiordland, periods of heavy rain are forecast until 6 p.m. today, with thunderstorms possible.