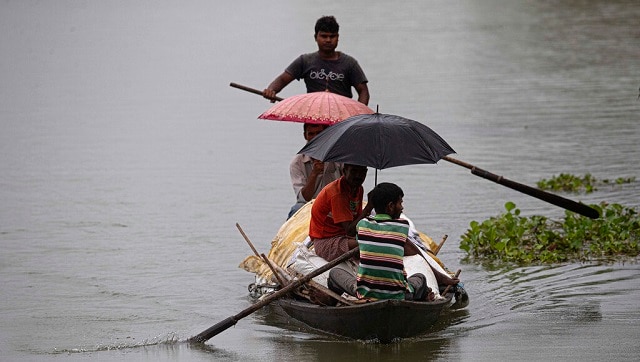 The weather report: The week starts on a dry note for Maharashtra, but as we enter June, pre-monsoon rains could resume in parts of the state

Under the influence of weather systems, widespread dust storms, intense rainfall and hailstorms were observed in the region causing temperatures to drop to nearly 15°C.

Here are the rainfall figures for the northern Indian plains up to 8:30 a.m. last Monday morning:

The combination of the westerly disturbance, cyclonic circulation and easterly winds was so strong that winds gusted above 80 km/h in many places and an exceptional drop in temperatures was observed .

On May 23, the Monday morning minimum temperatures at various stations in Delhi NCR are as follows:

The last time such low minimum temperatures were observed was the first week of March.

Meanwhile, many parts of the Himalayas experienced good rainfall as well as hailstorms, parts of Lahaul Spiti in Himachal Pradesh and Kedarnath Dham in Uttarakhand experienced fresh snowfall.

Here is the precipitation data for the mountain stations ending at 8:30 a.m. on May 25:

According to IMD data, here are the main highlights of total pre-monsoon rains in India from March 1 to May 28:

Forecast for all India for next week until June 4:

• As westerly winds strengthen over the southern tip of Tamil Nadu and Kerala, the monsoon sets in over Kerala on Sunday, although the onset should be considered weak as the rainfall figures in the models are a bit weak.

• The afternoon is expected to remain hot in parts of Andhra Pradesh, Telangana and Tamil Nadu with near 40°C highs Temperature

in Chenai. Meanwhile, some parts are also likely to witness evening thunderstorms this week.

• As the monsoon rolls over Kerala, progress is expected to be slow. During the week, most parts of the southern interior of Karnataka and Bangalore experience convective rain, heavy rain, lightning and hailstorms to be observed in the region.

Later in the week, the pre-monsoon rains will start spreading in parts of Goa and North Karnataka.

• At the synoptic scale, a trough of westerly and southwesterly winds from the Bay of Bengal to northeast India at lower levels is extending.

Under the influence of the pattern, fairly widespread light to moderate rains are expected in Sub-Himalayan West Bengal, Meghalaya, Assam, Arunachal Pradesh, Nagaland, Tripura, Manipur and Mizoram from 29 May to June 4. Episodes of heavy to very heavy rain may occur in some places during the period.

Monsoon progression in northeast India is not expected until June 5.

• While the western disturbance has weakened again, the northwest activities/pre-monsoon rains are expected to decrease in parts of Bihar, Jharkhand, Odisha and West Bengal over the course of of the coming week. Only localized thunderstorms can form in the states from afternoon to evening.

• The week starts on a dry note for Maharashtra, but as we enter June, pre-monsoon rains may resume in parts of the state, Vidarbha inland region, Madhya Maharashtra and Marathwada to experience light rains to moderate and thunderstorms June 1-4.

Parts of Konkan including Mumbai may occasionally see cloudy skies with a wave of drizzle at limited locations in the evenings from June 1-4. Widespread or good rains are not likely next week.

are very likely to be dry in Punjab, Haryana, Chandigarh, NCR Delhi, Rajasthan and Uttar Pradesh until June 4.

Daytime temperatures are all expected to increase by 2-4°C to a range of 42-46°C in western Rajasthan, 40-44°C in Delhi, Haryana, Punjab and Uttar Pradesh.

Heatwave conditions could return to parts of western Rajasthan, but Punjab, Haryana, NCR Delhi and Uttar Pradesh will not experience a heatwave next week.

Humidity is probably around 25-50% during peak afternoon hours. This can lead to higher actual temperatures so it should sweat over the next week.