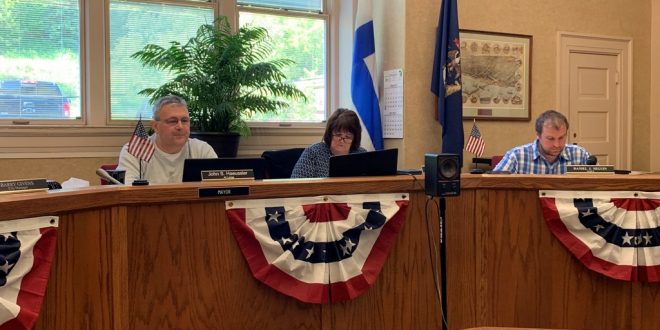 The town of Hancock introduced its new employee to city council last night. Sadiq Abdi will hold the position of CEDAM scholarship holder. In this capacity, he will assist City Manager Mary Babcock with administrative duties around Town Hall. Hancock also received the 2021 Appraisers Report. This report notes that over the past 3 years there has been a 38 percent increase in the selling price of homes within city limits. The town announced at the council meeting that Hancock Beach is closed for the year and will be quickly followed by the town’s campground.

City Manager Mary Babcock said fences will soon be put up around the new dog park, so the park can open during the winter. A grand opening will be scheduled for spring 2022. Board members also approved two contracts from Bill Siller. The first contract will pave a section of Ignot Street at a price of $ 15,500. The second contract will cover the paving of the Terrace Park basketball court for $ 15,000. The goal is to complete work on both projects before snowfall. Otherwise, the work will have to be completed in the spring.

Hancock also approved the waste management contract to pick up trash in the city. The contract comes with a minimum of 60 tonnes and a 3% increase over the previous cost to the city. Over the next three years, the cost will increase based on the waste index. The city has deemed this contract to be more than fair and sets the city’s waste disposal rate for the next three years. But the council noted that it was either to go with the contract with Waste Management or to become responsible for setting up waste disposal in the city through another company or through of the city’s efforts. The council also approved the renewal of the contract with Munetrix, administration software that helps city staff to conduct transparency reports. The program will cost the city $ 4,000 per year. The program will cost approximately $ 1,600 less than in previous years.

Winter is coming and it will be “extremely cold”: Accu-Weather report