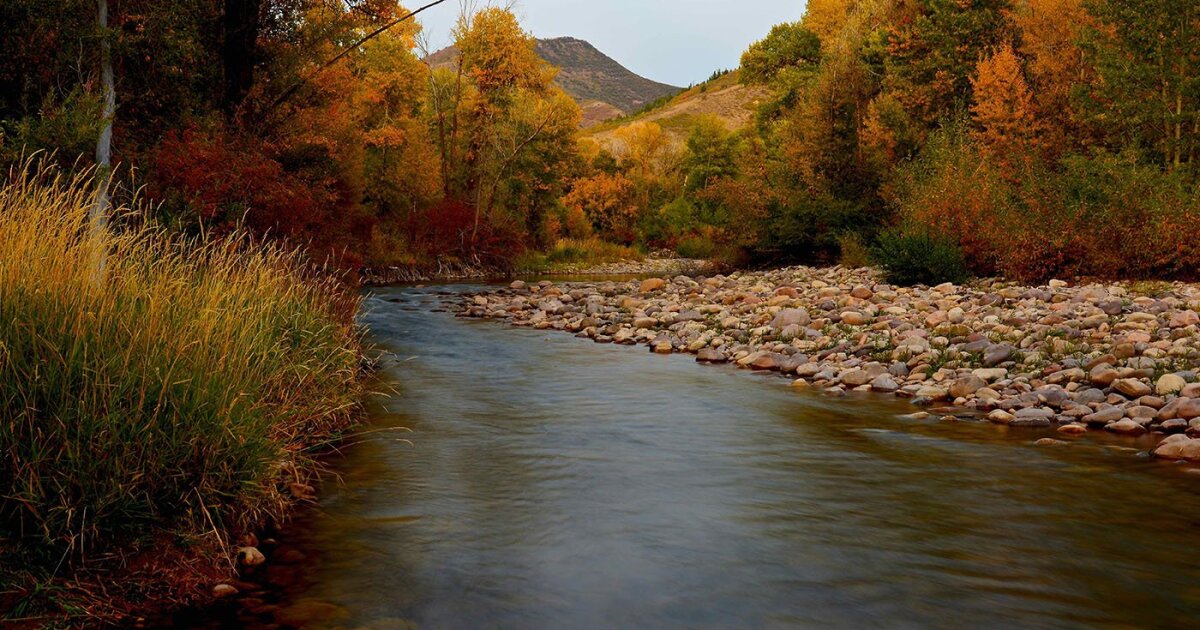 Despite spring snow, experts say a 40% decrease in river flow could be in our future

According to data from the Utah Division of Water Resources, 28 of the state’s 45 largest reservoirs currently have less than 55% capacity. At this time last year, Utah’s reservoirs were about 65% capacity.

In a desert state like Utah, a steady flow of water from reservoirs is crucial for many communities, especially in rural parts of the state.

Decreasing reservoir levels have a lot to do with Utah’s winters. 95% of the state’s water supply comes from snowmelt, which Utah didn’t get much of last season. According to the Natural Resources Conservation Service, Utah received only 70% of its average snowfall as of April 14.

Zach Frankel is the executive director of the Utah Rivers Council and says snow accumulation is not only crucial to Utah’s water supply, but also to the water supply of most of the western United States.

“Sometimes it’s easy to overlook the fact that the biggest reservoir we have in the American West is our snowpack,” Frankel says. “Our snowpack is where all the water in the Colorado River comes from. These snowpacks have decreased with increasing winter air temperatures.

Utah wasn’t the only state to see lower snow levels last winter. Jordan Clayton of the Utah Snow Survey says little snow was seen across the region during an unusually dry period from mid-January to late March.

“If you look at the entire Southwest, there are a number of total snow sites in the Southwest United States, during that same 50-day window, that only received one abysmal amount of snow,” says Clayton.

But the news is not all bad. Statewide soil moisture levels are nearly double what they were a year ago, which is critical to getting more water to Utah’s reservoirs during the spring runoff period.

The Utah Rivers Board recently published a report on the state of the upper Colorado River basin, which includes much of eastern and southern Utah. The Green River in eastern Utah is a major tributary of the Colorado River, and Frankel says river flows have declined 20% over the past 20 years.

Although the future is uncertain, Frankel says the scientific consensus is that river flows will likely continue to decline before they improve. He says water-saving measures like limiting the number of times people water their lawns can help, but a long-term solution will likely come in the form of state legislation, which Frankel says. that Utah was slow to adopt.

“The bottom line could be a 40% reduction in Colorado River flows in coming years,” he says. “We need to plan for less water and we need to do it now, and we’re really not being as proactive in the Colorado River Basin and Utah as a whole to prepare for that drier future.

Local water suppliers have taken steps to limit water use.