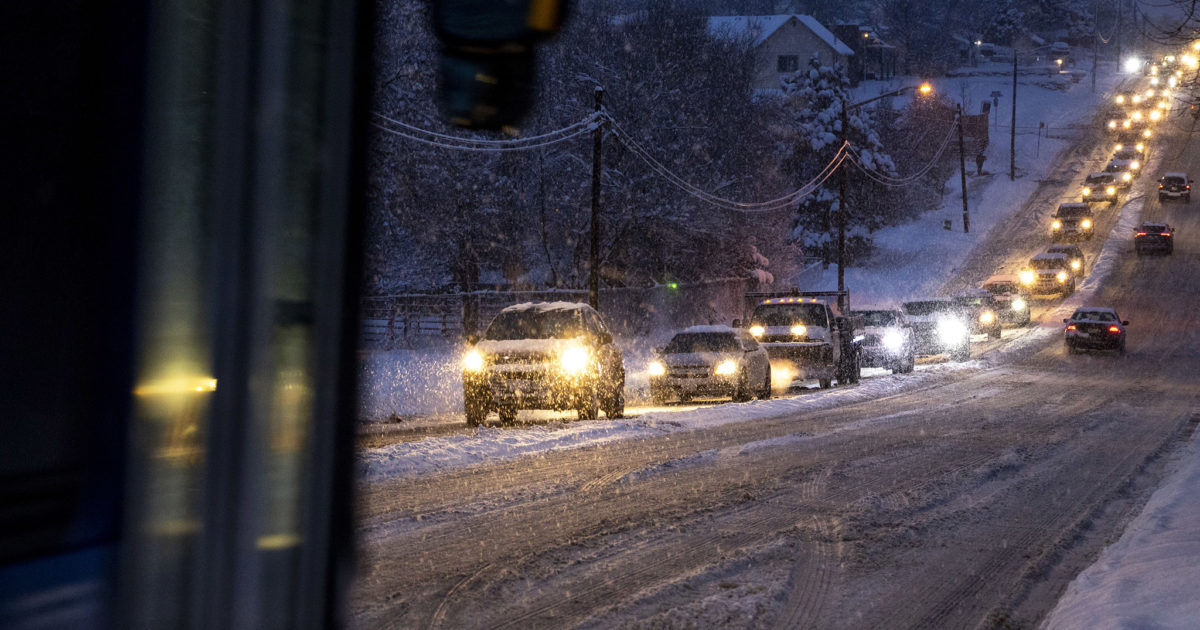 Denver weather vs spring: snow, ice and slush will give way to the sun

Just after midnight, the National Weather Service reported 4.8 inches of snow in downtown Denver – but the sun is now here.

Hello. We do it again. It’s not a lot of snow. It’s not the coldest we’ve ever been. But it seems personal this time.

Just after midnight, the National Weather Service reported 4.8 inches of snow in downtown Denver and 3.1 to DIA.

It’s 20 degrees and you can count on “slippery and dangerous travel conditions” left by the snow that has moved south, according to the NWS, but the eyeball forecast calls for about four inches of blankets and a gallon. of coffee. We can confirm that I-25 and I-70 through downtown are messy.

Calm down with some facts about how the snow plow situation in Denver differs from the way they do in Salt Lake City or Minneapolis.

Early alerts from CDOT show cars having problems on I-25 in the southern metro area and near Colorado Springs. Denver public schools are officially open and on no delay, but DPS messaging recognizes that people will be late for spots.

The storm was worse in the west, with reports of 9-10 inches of snow falling in Boulder and 14 in Allenspark.

The NWS had warned of a buildup of snow and sleet on I-25 and other roads last night, with snow accumulating an inch or two per hour in the heaviest parts of the night. We haven’t broken any records – on April 19 the coldest ever was 13 degrees, we hit 20.

Later today, we’ll see the sun return timidly and temperatures like 38 or 39 or one of those types of numbers. We’re probably done with the snow until Wednesday, which is tomorrow.

Its good. Good luck there. At least it’s not a bomb cyclone.