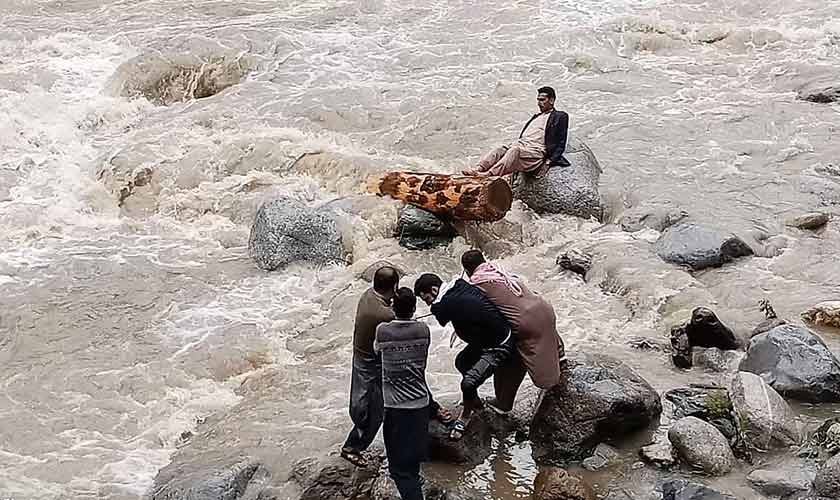 fter several weeks of intense heat and extreme humidity, the first monsoon rains hit Azad Jammu and Kashmir (AJK) on 1 July. Fortunately, the loss of life and material damage were limited. However, according to the Pakistan Meteorological Department (PMD), more than 16,000 families in the state are vulnerable to disruption from the floods.

Light to heavy showers were reported in Rawalakot, Muzaffarabad and some other towns. Rawalakot and surrounding areas received light rains but Muzaffarabad received heavy rains which flooded lower areas of the city. The situation has forced the authorities to issue a notice to tourists to limit their movements.

Prime Minister Sardar Tanveer Ilyas Khan has ordered relevant authorities and departments, including the SDMA, to remain on high alert to deal with any emergency.

Saeed Qureshi, the director of the SDMA, said authorities were anticipating flash floods, landslides, road blockages and cloud bursts in various areas. “AJK has been mostly safe so far. However, a lot of rain is still to come. SDMA has prepared a monsoon contingency plan to deal with the situation. It has mapped resources and keeps all stakeholders on board.

Officials say relevant authorities have identified vulnerable areas where flooding could hit. Arrangements have been made to ensure security. Plans have been drawn up for effective management of camps and food in areas where an evacuation may occur. Alternate locations have also been identified for disaster-affected people. The Monsoon Contingency Plan is reviewed regularly in coordination with the Departments of Land Use Planning and Housing (PPH) and Communication and Works (C&W).

The SDMA has appointed focal points in all districts of the AJK. They are responsible for providing updates on precipitation intensity across the AJK. Information is collected regularly and plans aligned based on the current situation.

Masood Ur Rehman, the Muzaffarabad division commissioner, says much of the AJK is hilly areas with fast-flowing waterways that can become a source of disasters during monsoons. Continuous rains can trigger landslides and local and regional flooding. He says people falling into fast-flowing waters are the most common cause of death during the monsoon season. Lightning strikes also cause death and destruction.

He says that the AJK administration has previously carried out a disaster risk assessment and is ready to respond to any situation.

The AJK Board of Revenue (AJK-BOR) provides financial assistance to people affected by natural disasters. The SDMA is responsible for early response down to the district level. It operates through District Disaster Management Authorities (DDMAs), headed by Deputy Commissioners (DCs) in each district.

In an emergency, DDMAs can mobilize special equipment and call 1122 for assistance. Disaster damage data is recorded and reported daily. The DDMAs aggregate all government/non-government machinery and manpower available in the region to handle disaster situations. Monsoon contingency plans are prepared in May each year. The exercise is supervised by the competent marshals. Food and non-food relief items are made available to the DDMAs. All stores and warehouses are operational during monsoon periods.

The AJK government established the SDMA in 2006 to deal with disaster situations. However, he struggled to acquire specialized skills and adequate resources to deal with the challenges. So far, it also lacks presence on social media platforms and websites. This makes it harder for citizens who need help to find useful and up-to-date information. Given the threats of climate change, more financial resources, equipment, and political guidance are needed for the SDMA to be better able to help people during disasters.

The author is a freelance contributor based in Rawalakot, AJK. She tweets @hunain_mahmood and can be reached at [email protected]