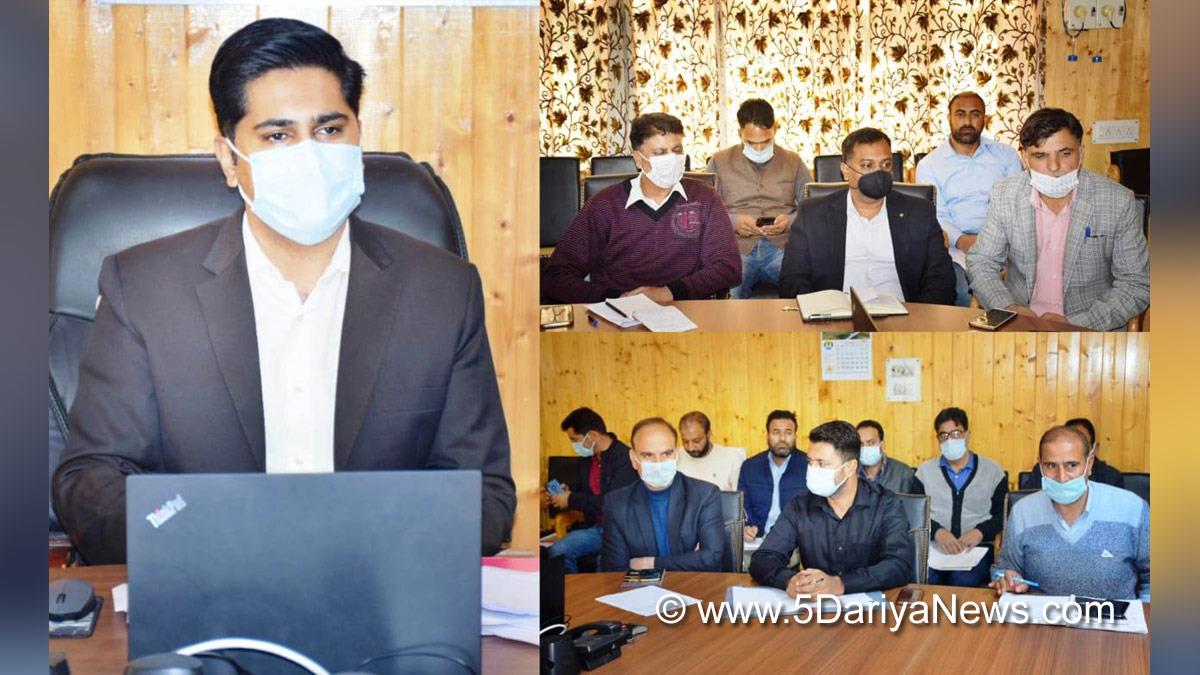 Given the inclement weather forecast this weekend, Deputy Commissioner (DC) Bandipora Dr Owais Ahmad called a meeting on Thursday to review winter readiness and deal with any kind of situation. The meeting discussed the action plans prepared by the relevant departments to avoid the disruption of services in the event of snowfall. The DC, while applauding their efforts during the latest snowfall in the district, asked the concerned departments to ensure an even faster response to the inclement weather forecasts for the coming days. and that these be put into service as soon as snow begins to accumulate during snowfall. He insisted on the priority given to clearing snow from roads leading to all important facilities in the district, including hospitals.

Dr Owais said all men and machinery have been put on high alert in the district and snow removal operations will begin shortly after snow begins to accumulate on the roads to ensure all the main roads are cleared on the war footing. He said the mechanical engineer The department has put snow-cutting machines on standby at different places in the district so that they can be put into operation at the earliest in addition to machines from various municipalities. The DC insisted on the availability of essential services in snow-covered areas in addition to making special arrangements for air transport of stranded passengers in the event of the closure of the Gurez-Bandipora route. The meeting was informed that a sufficient stock of rations and LPG has been stored in the district, including in the Gurez Valley. telephone numbers already notified by the administration. The meeting was attended by OC Beacon, Deputy Development Commissioner Abdul Rashid Dass, DFO Bandipora Shabir Ahmad, DIO Jahangeer Akhoon, AD FCS & CA Bilal Ahmad, CMO Bandipora Dr Bashir and other senior district officers.