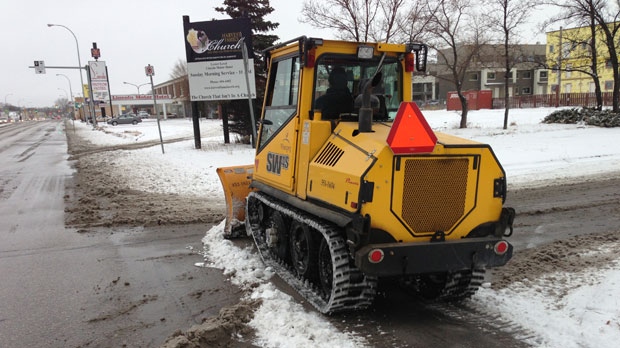 The City of Winnipeg has a plan to improve sidewalk snow removal, but it will cost more.

A new report to City Hall has revealed that none of the sidewalk and trail snow removal policy deadlines were met this winter due to record snowfall and a lack of equipment.

“I could see there was a distinct disconnect between our snow removal policy with the city and what was actually delivered,” Coun said. Mat Allard.

Following the report, he recommends the addition of 15 new sidewalk snow removal machines at a cost of $3,017,400.

“Services cost money. I agree with that,” said a Winnipegger.

I think it’s a fantastic idea. I don’t think the city did a good job this winter,” another person said.

However, not everyone likes the proposed idea.

Jasmine Wiens said she thought the money should be spent elsewhere.

“There is more waste, the bins are not emptied regularly. It bothers me more,” she said.

Currently, most sidewalks are cleared by city staff. To help meet appropriate timelines, the report recommends that 506 kilometers of sidewalk clearing be transferred to contractors.

Snow removal is currently being done on 3,000 kilometers of sidewalks, bike paths and park paths.

“I think it should be an increased level of service for Winnipeggers, if we’re going in that direction,” Allard said.

The City is also looking at ways to bolster snow clearing of streets and sidewalks done by private companies with fines and by reducing the size of certain areas.

It plans to apply penalties to contractors if work in a snowy area is not completed within 12 hours. Currently, fines come into effect at 36 hours.

Another change will see the size of the balanced snow zones, reducing the number of kilometers in some to make it easier to run the operation within the 12-hour period.

Parking bans on snow-covered roads could also change. They currently operate from December to February but could be modified to be in place from November to April to adapt to weather conditions.

The city’s infrastructure committee is due to debate the changes next week.