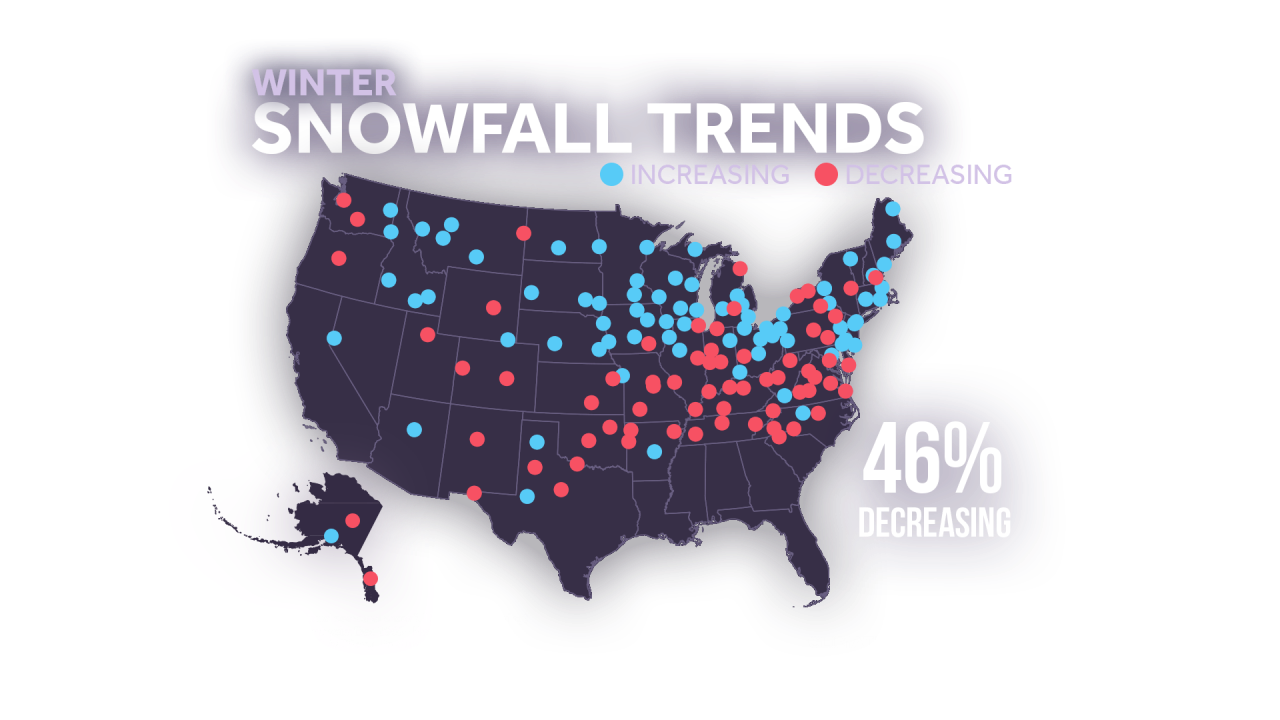 Seasonal snowfall plays a very important role in our climate, ranging from keeping our planet cool to the impact on water resources. But it can also be an indicator of the evolution of our climate. It’s no secret that our planet is warming up. Even though there are parts of the world that may end up being a bit colder than normal throughout the year, the planet as a whole (land and sea) continues to warm. 2019 was the second hottest year on record, going back over 140 years. Changing climate has an effect on seasonal and regional snowfall across the country.

As the air temperature warms, it is able to retain more water vapor (humidity) in the atmosphere. In fact, for every one degree increase in temperature, the atmosphere can contain four percent more humidity. In colder parts of the country, this can lead to more snowfall during the winter months. While snowfall may increase in some parts of the country, it is decreasing in other parts of the country as well. The Climate Central research team looked at the three seasons of fall, winter, and spring and how snowfall changed during those seasons. In the fall, the country has seen an 80% decrease in snowfall since 1970 with clear signs of less snowfall in the Northwest, Alaska and the Ohio Valley. During the winter months, this is an overall decrease of 46 percent across the country, and in the spring a decrease of 66 percent.

The most significant impact of climate change is on what researchers at Climate Central call the â€œshoulderâ€ seasons of spring and fall. Over the past 50 years, 1970-2019, overall snowfall before the onset of meteorological winter on December 1 has decreased in all regions of the country. After the meteorological spring on March 1, snowfall also declined in all regions except the northeast and central northeast. Heavy snowfall can be very costly, but lower snowfall can impact not only our economy, but also the climate, agriculture and water resources. You can read more about the evolution of seasonal snowfall by clicking here.