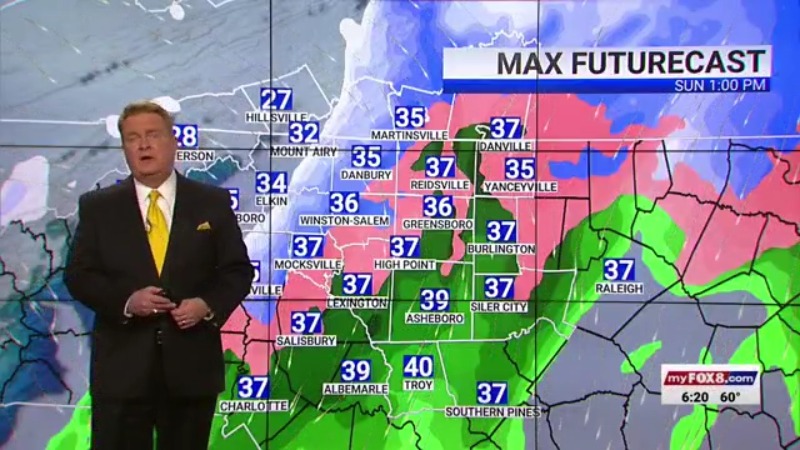 This is an archived article and the information in the article may be out of date. Please look at the timestamp on the story to see when it was last updated.

In his Friday evening forecast, Denton said a cold front would arrive late Saturday, but he doesn’t expect precipitation until Sunday morning.

Follow the weather yourself using the FOX8 interactive radar

“A cool influx of cold air is going to start rolling in at the same time as some moisture is going to move across the region on Sunday morning, and that – with this next little wave of low pressure passing – in between is going to give us the less cloud and a chance for light precipitation where the atmosphere would be cold enough to support the possibility of at least one rain/snow mix,” Denton said.

“This particular model I’m showing you is drier than all the others, but it’s a model that generally does a good job,” he said. “And you can see some snow there in patches, and that’s the operative word here: uneven.”

Denton clarified that these quantities would only occur in a few rare places and would not be true for the entire Triad. Most of the Triad is likely to see gusts of up to perhaps a tenth of an inch.