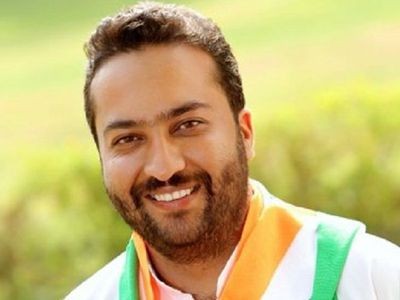 Boundaries commission report must be made public and state reestablished before elections: Fairoz Khan

Ramban, January 10: Fairoz Khan Congress Leader and former NSUI National President spoke at a press conference in Ramban, while targeting the BJP-led administration for daydreaming, only working in social media and all the work is just attending to the VCs.

He added that while the residents of J&K UT suffer basic necessities from the snowfall, the rains and the BJP-led administration are in deep sleep. Every winter at J&K a major challenge remains connectivity, electricity and water – the three main things, which seem to go away when it snows. He said that in Ramban district, almost all the connecting roads are still closed despite the machines in service. Several patients have struck home in Mahoo, 6 feet of snow with no road connection and no medical aid center in Khari Mahoo. Dhardhie & Pogal.

The administration of Jammu and Kashmir has failed to address these bad weather people issues. Every year, snow falls in the heights of the ramban, lessons should have been learned. But nothing was learned at all. Development cannot be paved only on roads. All tehsils in Ramban district i.e.Pogal Paristan, Ramsoo, Khari, Banihal, Batote, Rajgarh, Ramban and Gool Sangaldan received more or less snow and even some areas received 2 to 6 feet. The administration must act quickly to compensate for the difficulties encountered by the population as a result of snowfall in the aforementioned areas and clear all roads as soon as possible.

Fairoz Khan said the administration was ill-prepared to deal with the expected snowfall in the J&K, as the weather service had previously predicted. He added that authorities’ lofty claims about their vigilance have been deflated by the massive power cut, road and roadblocks, damage to water supply pipes, shortage of rations, congestion and water supply. other difficulties encountered by the inhabitants of J&K.

He said that while a heavy snowfall is not something new for UT given its climatic conditions and topography, the administration appears reluctant to change its culture of rusty work.

Referring to the problems caused to the population by the latest snowfall resulting in a massive blackout that has plunged the hilly areas into total darkness, he added that the administration must speed up the restoration of power supply in these areas, so that the population can breathe a sigh of relief in the biting cold in the absence of other heating devices.

He also called on the government to form committees to assess losses to property in the hilly areas of Ramban district and compensate affected people accordingly.

He also said the government will ensure there is no shortage of essential commodities including LPG, kerosene, sugar and food grains.

Fairoz Khan said elections are the only solution to people’s problems, the demarcation report should be made public as soon as possible, as the people of Jammu and Kashmir should be given time to make their suggestions and the elections will be held. soon, so that representatives run the government. He added that before the election the state should be restored or, when the time comes, the people of J&K will show their power to the BJP.