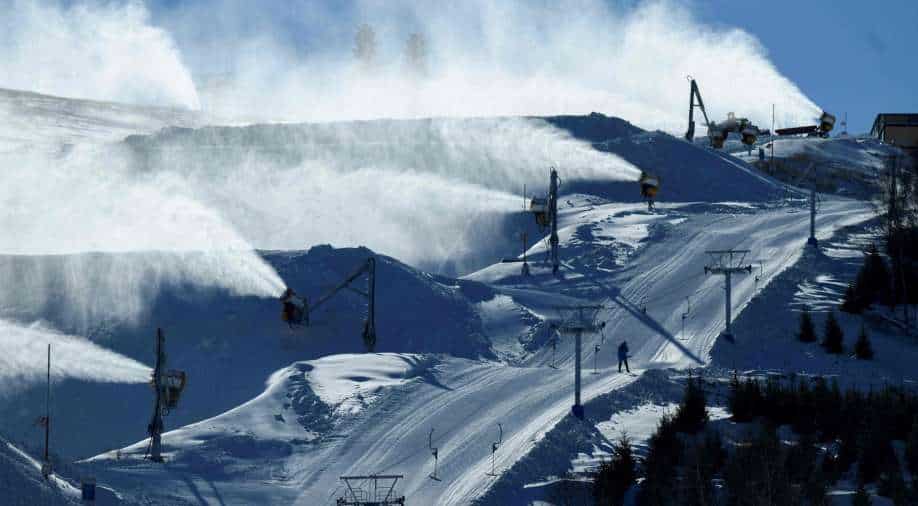 Beijing kicked off the 2022 Winter Olympics with the opening ceremony on Friday. No fewer than 84 countries are taking part in the games.

Athletes from around the world would also be competing on the ice and snow around Beijing over the next two weeks, except much of the snow seen in one of the biggest cities is actually fake.

According to CNN, the Beijing Games are the first Winter Olympics to use nearly 100% artificial snow.

Beijing has extremely dry winters, with an average of just 0.4 inches of precipitation for December, January and February combined. There just isn’t enough moisture for consistent snowfall in this part of the world.

Thus, in order to give the illusion of a wintry climate, the Beijing organizing committee deployed more than 100 snow generators and 300 snow cannons.

But to make fake snow a reality, large amounts of water and energy are needed.

According to reports, around 49 million gallons of water – which would fill 74 Olympic-sized swimming pools – were used to create artificial snow.

For the Beijing Winter Olympics, China borrowed a machine from Italy that has been pumping snow since November 2021.

The machine sprays particles of ice and a fine mist of water vapour, 60 meters above the ground, where these particles combine to become snow and then fall.

The Italian company used around 290 snow pumps for the winter games, according to the Sunday Times.

However, this is not the first time artificial snow has been used for the Olympics.

Artificial snow has been used at the Winter Olympics since the 1980 Games in Lake Placid, according to the Sport Ecology Group.

The 2014 Sochi Olympics, held in an unusually warm climate for the Winter Olympics, was 80% man-made.