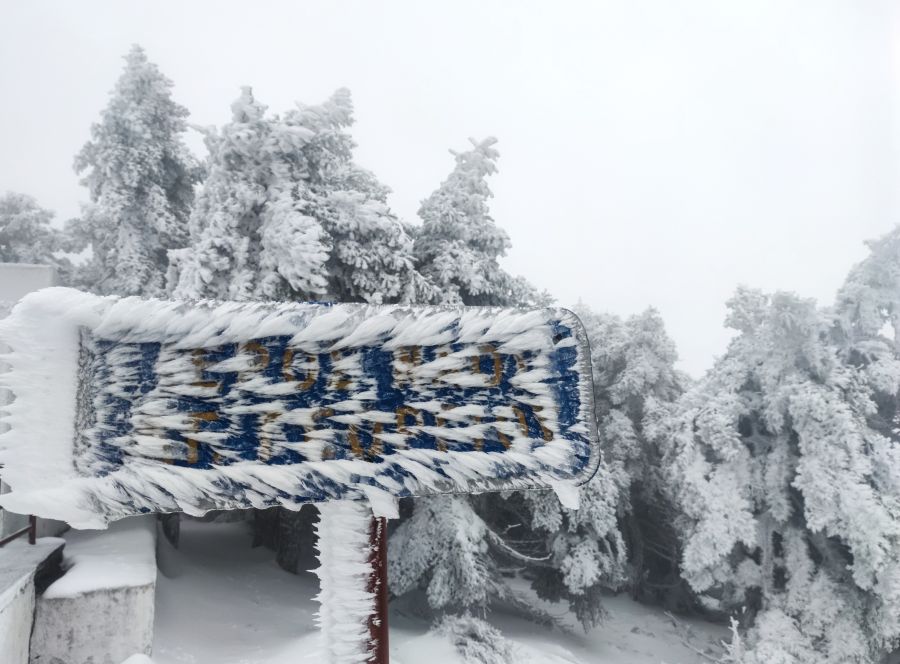 The weather will deteriorate on Saturday and Sunday with the main characteristics being locally heavy rains and storms, snowfall in the center and south and stormy winds.

According to the Emergency Weather Bulletin of the National Meteorological Service (EMY), a disturbance in the upper atmosphere will cause bad weather known as “Carmel”. Bad weather in the coming days will affect the south-eastern Mediterranean where heavy rains, strong thunderstorms, strong winds and significant wave height are expected.

In particular, in our country the weather will present in places heavy rains and thunderstorms which will affect:

1) On Saturday morning, the islands of the north and east of the Aegean Sea.

2) From the morning of Saturday to Sunday noon, the Sporades, Euboea, the eastern parts of Thessaly as well as the eastern Sterea.

3) From Saturday afternoon to Sunday morning, the eastern Peloponnese and in places the Cyclades will be affected.

4) From Saturday evening to Monday morning, strong phenomena will appear in the north of Crete, which will gradually weaken.

A gradual weakening is expected from Sunday noon.

Strong north-easterly winds will blow in the Aegean Sea with intensity 7 to 8 and from Saturday evening locally 9 Beaufort.

The state mechanism is on standby

The state mechanism is on hold in view of the new bad weather. The General Secretariat for Civil Protection advises citizens to be particularly vigilant and to take measures to protect themselves from the dangers resulting from the occurrence of severe weather phenomena.

In particular, in areas where heavy rainfall, thunderstorms or strong winds are expected:

Insure items which, if blown away in inclement weather, could cause damage or injury.

Make sure that the slopes and gutters of the dwellings are not obstructed and operate normally.

Avoid crossing streams and streams, on foot or by car, during thunderstorms and rains, and for several hours after their ordeal is over.

Avoid fieldwork and activities at sea and in coastal areas during severe weather phenomena (risk of lightning strikes).

Take immediate precautions during a hailstorm. Take refuge in a building or car and don’t leave the safe zone until they are sure the storm is over. Hail can also be very dangerous for animals.
Avoid going under large trees, under hanging signs and generally in areas where light objects (eg pots, broken glass, etc.) can come loose and fall to the ground (eg under balconies). .
Follow the instructions of the relevant local agencies such as the Traffic Police,

Also, in areas where the appearance of snow and frost is expected if they are going to travel by car:

To be informed of the weather and the state of the road network
Have anti-skid chains and a fuel tank in their vehicle
To travel, if necessary, preferably during the day, favoring the main axes
To inform their relatives on the route they are going to follow
Change their travel schedule to avoid the onslaught of the weather
Follow the instructions of the relevant local agencies such as the Traffic Police,

If you are walking:

For information and announcements regarding the current situation and the practicability of the road network due to the influx of flood waters or due to snowfall and frost, citizens can visit the EL.AS website. www.astynomia.gr.

For more information and instructions on self-protection against bad weather, citizens can visit the website of the General Secretariat of Civil Protection at www.civilprotection.gr.

Heavy snow forecast along the Sea of ​​Japan coast