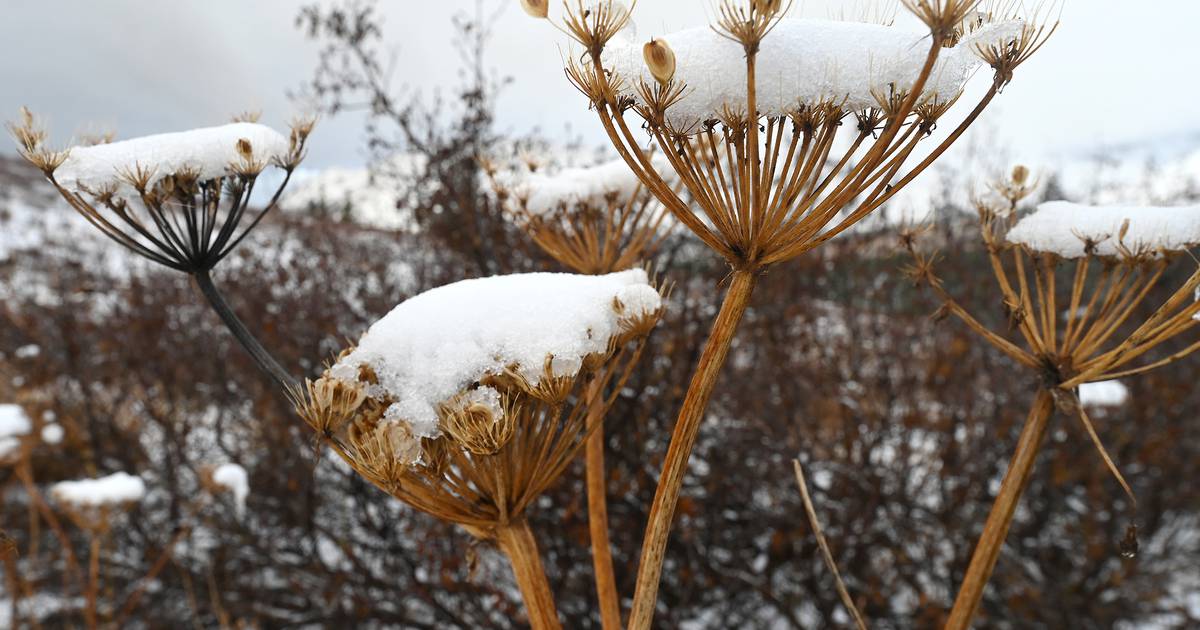 Updated: 16 a few minutes ago Published: 13 hours ago

Most of south-central Alaska is expected to receive snow from a storm arriving Tuesday evening on the Kenai Peninsula before moving north toward Mat-Su and Anchorage.

Storm totals could range from 2 to 12 inches, although the National Weather Service said Tuesday that estimates are subject to change as forecasts evolve.

The Weather Service predicted 2 to 4 inches for the Anchorage Bowl by Wednesday.

According to forecaster Matthew Fazal, this is expected to be the region’s first widespread snow event this season. The Anchorage area has received just over 4 inches of snow so far.

According to meteorologist Pamela Szatanek, two storms – one coming from Siberia and the other from Japan – have merged and are moving east.

The National Weather Service in Anchorage is tracking a system that will bring snow to Southwest Alaska (Tuesday/Wednesday) and Southcentral Alaska (Wednesday). This satellite image is from 9:40 a.m. AKDT this morning. #AKwx #Winter #Alaska pic.twitter.com/HPAWoYi8Lc

The Kenai Peninsula from Soldotna to the west is expected to get 3 to 6 inches, said Michael Lawson, a meteorologist with the National Weather Service in Anchorage. The eastern Kenai Peninsula could see 5 to 10 inches from Portage to the south, he said

Snow will then “fill in” north across the region early Wednesday morning: Forecasts called for 4 to 10 inches for the Susitna Valley, with the highest amounts west of the Parks Highway; 3 to 5 inches for the Matanuska Valley; and 1 to 3 inches for the Copper River Basin.

The Anchorage Bowl is forecast to see light snow by Tuesday evening or early Wednesday and heavier snow by Wednesday afternoon.

A winter weather advisory was issued for the Thompson Pass area near Valdez from 1 a.m. to 4 p.m. Wednesday, with forecasts for blowing snow, winds gusting to 45 mph and snowfall amounts 8 to 12 inches.

The weather system should disappear by Thursday, Lawson said.

“Cold air will creep in and cloud cover will generally diminish on Thursday and Friday,” he said, “and it will just get colder.”